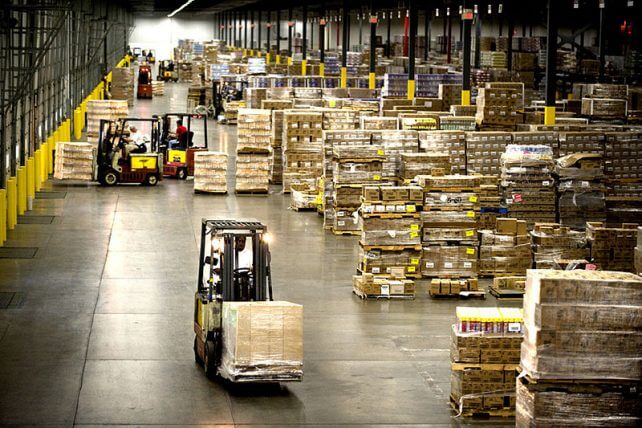 African Americans represent 26.5% of Amazon’s workforce but just 8.3% of management and 10% of the board of directors.

The stock market has been steadily climbing up to pre-pandemic levels, disconnected from the real economy, where unemployment remains high and consumers are cautious. In its June 10 statement, the U.S. Federal Reserve acknowledged that conditions have improved but said it would “stay the course” with low interest rates and bond purchases to keep supporting an economic recovery “that is going to take some time.”

Meanwhile, protests have erupted across the world calling for racial equality and police reform. Although these protests have had little impact on the market, they’ve raised a good question: can investors support companies that promote minority empowerment while earning market-rate financial returns?

The NAACP Minority Empowerment ETF (ticker: NACP) is an exchange-traded fund (ETF) from Dallas-based Impact Shares, which specializes in socially conscious ETFs. According to its fact sheet, the NAACP ETF “is designed to provide exposure to U.S. companies with strong racial- and ethnic-diversity policies in place, empowering employees irrespective of their race or nationality.”

While the fund is not sponsored or endorsed by the National Association for the Advancement of Colored People, it holds shares of companies screened according to 10 racial-equity metrics inspired by the NAACP’s opportunity and diversity report cards: criteria such as board diversity, freedom-of-association policies and conflict-mineral programs. To be included in the fund, companies must report on at least five of the 10 criteria and be free of major controversies. Research is performed by Sustainalytics (recently acquired by Morningstar), and the in-depth methodology can be found by downloading the “playbook” from the Morningstar site.

Incorporating social-equity criteria into the decision-making process is important work, but investors will question whether this requires a sacrifice in financial performance.

Since its inception in July 2018, the NAACP Minority Empowerment ETF has closely tracked and actually outperformed the S&P 500 by about 4%. I doubt that the outperformance is due solely to better social-equality scores (the fund skews toward bigger companies with more momentum), and we don’t know whether the outperformance will continue. But fund investors have been happy to earn higher-than-market-rate returns so far.
Investors considering the NAACP Minority Empowerment ETF should think of it as a replacement for a traditional U.S. equity fund in their portfolios. Despite the strong financial performance and social-equity lens, there are some negative trade-offs to consider. The fund currently contains only 172 companies – well below the 500 companies in the S&P 500 – which makes it less diversified. And with only about US$4 million in assets under management, liquidity issues could arise.

In addition, the fund has a high management-expense ratio (MER) of 0.75%, well above the 0.09% investors pay to own the Vanguard S&P 500 Index ETF. Although this might seem like a money grab, Impact Shares is a non-profit organization that donates any net proceeds from the ETF to the NAACP. Unfortunately, these fees come out of investment performance, and investors don’t get a charitable receipt. There is an argument to be made that investors would be better off paying a lower management fee and making their own donations to charities, non-profits or crowdfunding campaigns.

The NAACP Minority Empowerment ETF is clearly a big step toward investing in racially diverse companies, but does it go far enough? A quick look at its list of holdings reveals some big head-scratchers, such as Amazon. The methodology lets the e-commerce giant through because it publishes workforce race and gender data. What’s telling is that African Americans represent 26.5% of Amazon’s workforce but just 8.3% of management and 10% of the board of directors.

Amazon is also dealing with labour disputes inside its warehouses, as employees voice concerns over minimal protections against COVID-19. The company is notoriously anti-union and has fired workers who have attempted to organize employees – including Christian Smalls, a Black employee who led a walkout in March asking for better sanitation in Amazon’s Staten Island, New York, warehouse.

Amazon’s inclusion in the NAACP Minority Empowerment ETF speaks to the challenge of supporting corporate-diversity champions while earning market-rate returns. Ultimately, conscientious investors will need to decide for themselves whether the ETF’s methodology goes far enough, and whether they would be willing to sacrifice the financial returns from Amazon’s growth.

Whether it goes far enough or not, I’m happy there’s an option for investors to support companies that are leading on diversity policies and minority empowerment. The NAACP Minority Empowerment ETF might not be perfect, but it is a clear step in the right direction. I’m hopeful that data will continue to improve as investors ask tough questions about how companies are addressing racial inequality.