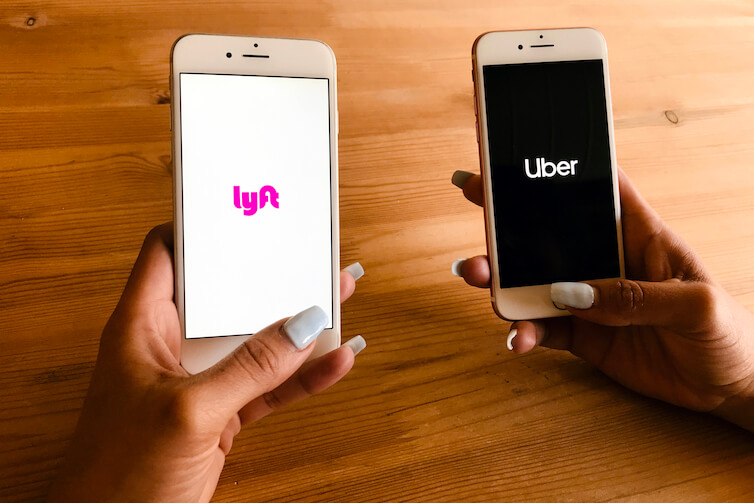 Not owning a car is one of the best financial decisions I’ve ever made. Car payments, insurance, parking, repairs, etc. would add about a thousand dollars to my monthly budget. I’m fortunate to live in a big city, so it’s way easier for me to bike, take transit, and use ride-hailing apps like Uber and Lyft  to get around town (especially in nasty weather). But not everyone sees ride-hailing in a rosy light.  Ahead of Uber and Lyft’s IPO launches, drivers in the U.S. and the U.K. have been holding strikes to draw attention to their declining wages. Is one app more ethical than another and is either stock a sustainable investment?

By classifying drivers as contractors rather than employees, Uber and Lyft have largely been able to skirt labour laws. Drivers are understandably upset (just look at the eye-popping CEO-to-average-worker pay ratio). Uber paid its CEO Dara Khosrowshahi US$45 million in total compensation last year, while Lyft’s CEO Logan Green took in US$1.3 million in 2018 (down from the US$41 million Green earned in 2017 with stock options). Meanwhile, the average driver at either company makes about US$13.70/hour after expenses ($14.73 with tips), according to a 2018 Ridester survey. 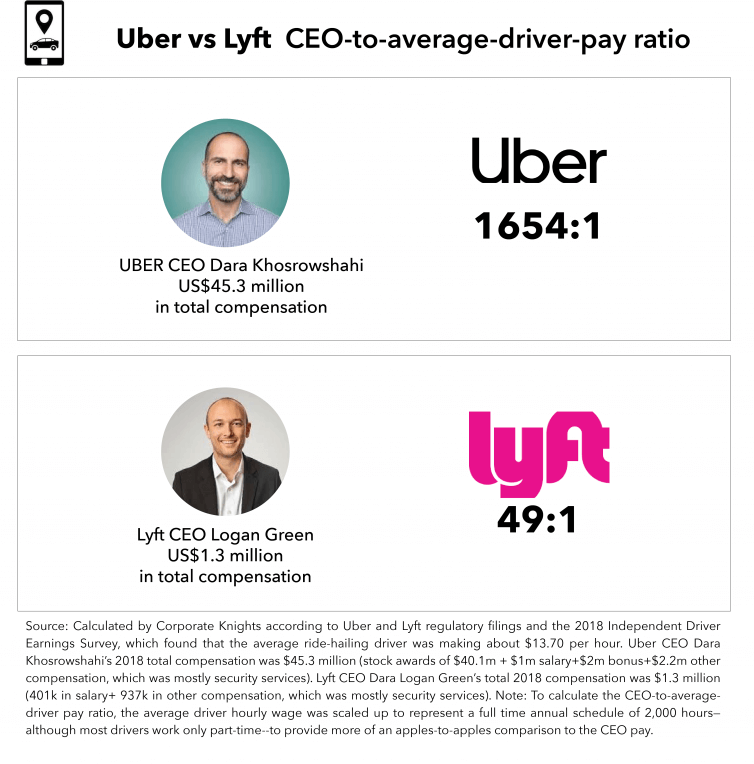 Uber recently settled a lawsuit with drivers in California and Massachusetts that saw $20 million go to drivers, but Uber gets to keep them classified as independent contractors. Other jurisdictions might not be so forgiving. In Europe, the EU Parliament adopted new rules that introduce minimum rights to all workers, including those working in the gig economy. In Canada, a class action lawsuit against Uber is working its way through the court system, while Uber Eats competitor Foodora food delivery couriers are planning to join the Canadian Union of Postal Workers.

Both Uber and Lyft acknowledged that this labour classification is a big risk in their IPO filings (“our business would be adversely affected if drivers were classified as employees instead of independent contractors,” wrote Uber), so investors should definitely keep an eye on this.

Of course, all of these labour issues could change dramatically with the wide-spread adoption of driver-less cars. Both companies are conducting tests with autonomous vehicles, so the long-term goal may be to cut out labour as much as possible to drive costs down. However, we’re a long way from there, and I believe that bad publicity will punish companies that don’t treat their drivers well in the meantime.

On the environmental side of things, ride-hailing apps are often touted as a good solution to getting cars off the road, but are they? Studies have shown that many customers are actually using them instead of walking, biking or hopping on public transit, which is only making traffic congestion worse. Sure, you can curb your carbon footprint if you actually rideshare in an Uber Pool or Lyft Line, but otherwise, you might be just be driving up your town’s greenhouse gases.

Uber does have a few other environmental initiatives. The ride-hailing pioneer is piloting UberGREEN, which connects riders to hybrid and electric car drivers in European capitals like Paris, London, and Lisbon with the goal of having 100% of cars in those cities electrified by 2022. Sadly, I haven’t seen commitments outside of Europe, so it might be a while before we can regularly ride in electric Ubers here in North America.

Lyft is definitely a few car lengths ahead on environmental initiatives. Similarly to Uber, Lyft is piloting a Green Mode option in Seattle that hails hybrid and/or electric cars. I’m hoping it’ll roll it out to additional cities soon. What sets Lyft apart is its commitment to full carbon neutrality by buying carbon offsets to essentially “neutralize” the emissions of all of its rides globally. Some people see carbon offsets as essentially paying to pollute, but investing in third-party verified offsets is more than Uber is doing. Yes, offsets are an explicit cost that lower Lyft’s profitability in the short term, but it’s clear that Lyft is trying to factor in climate risks and build low-carbon decisions into its business model. It’s a move that could help win over more environmentally-minded millennial riders.

Both companies have since diversified into other modes of green transportation. Lyft bought Motivate, America’s largest bikeshare company (giving it a higher Clean Revenue score) while Uber bought Jump and Lime, which offer electric scooters. It will be interesting to see who grows this part of the business faster in the next few years.

With such new companies, there’s limited data available for both their financial and sustainability performance, but potential investors should note that questions are being raised about the viability of ride-hailing’s business model. Uber’s IPO filing revealed that it had US$10 billion in operating losses since 2016, and as the LA Times put it, “Lyft’s IPO disclosure shows it’s not close to profitability and has no good way to get there.”

I’d put Lyft ahead by a headlight in this week’s Sustainability Stock Showdown, but anyone that’s interested in investing in either stock should be ready to fasten their seat belts and brace for a bumpy ride. 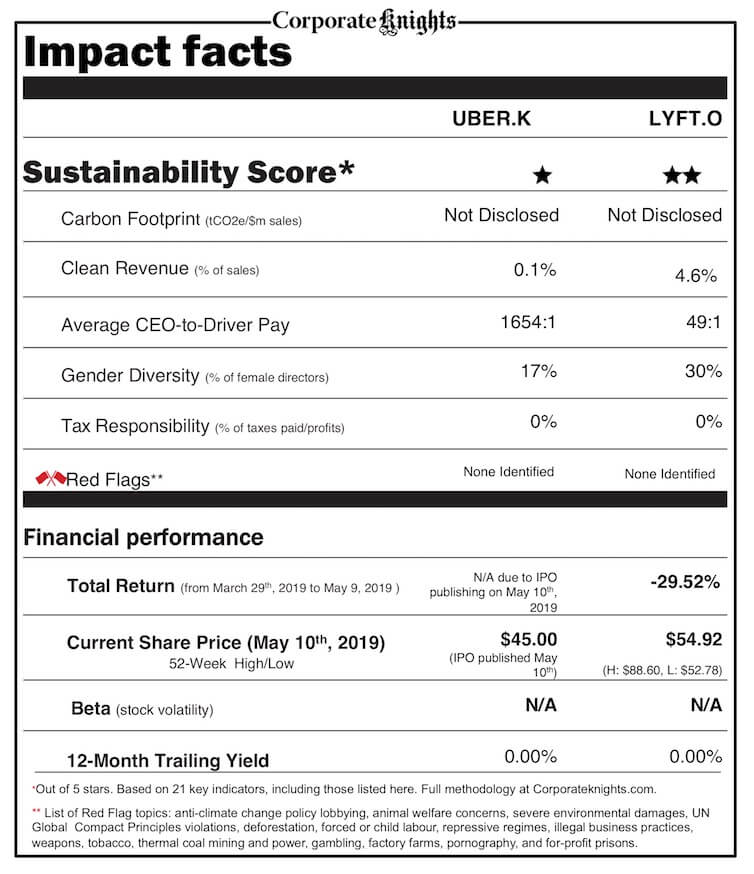