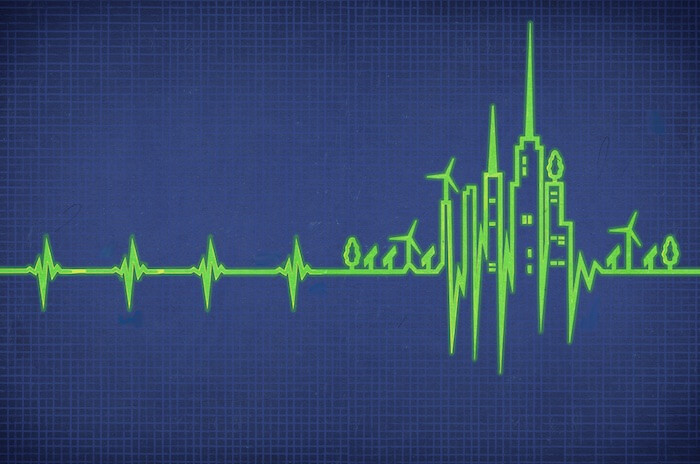 The coronavirus is a whole different beast. Within 30 days of the first recorded death in Canada  (an 83-year-old man at North Vancouver’s Lynn Valley Care Centre on March 9), the federal government rolled out direct new spending of $105 billion to deal with the immediate fallout from shutting down vast parts of the economy in an attempt to contain the virus.

Just the $71 billion emergency wage subsidy to get Canadians through the next few months was more than the entire $70 billion the federal government had earmarked to address the climate emergency over the next 10 years – an amount that many considered bountiful just a few months ago.

The difference is the new coronavirus threatens all of our families today, whereas the climate crisis is more of a distant danger  – unless you live in growing wildfire, flood, heat wave, hurricane or drought  zones.

The human tendency to procrastinate is strong, but when the bell tolls, our survival instincts kick in.

Historic job losses triggered by the pandemic, combined with collapsing oil prices, will plunge every province in Canada into recession this year, according to RBC forecasts. As the conversation starts to shift from crisis relief to economic recovery, Canada has an opportunity to recover stronger than ever.

While in the past it has been difficult to make bold moves that would allow Canada to surf the clean economy wave rather than being wiped out by it, the Overton window of what is politically viable has shifted. It’s important that our policies be grounded in the new reality. The sheer scale of expected stimulus over the next two or three years will likely cast the die of our economy for decades to come.

As government makes this once-in-a-generation investment in the economy, it is vital that it look ahead and invest in building an economy that is ready for tomorrow, instead of spending large amounts of public money on infrastructure and technologies that will be outdated within a decade, as Smart Prosperity’s Stewart Elgie points out.

The last time officials at the federal Finance Department had to come up with a stimulus plan was in the wake of the global financial crisis in 2008/09. Just 8% of the stimulus had a climate dimension, compared to 12% in the U.S., 38% in China and 59% in the European Union, according to HSBC Global Research.

This time is different: we have a government that was elected with a strong mandate for climate action and a clear 2050 net-zero carbon emissions target. Just don’t expect that, on its own, to have much sway on the finance officials who will be crafting the stimulus. They will be preoccupied with a single objective: get the economy growing and people back to work as quickly as possible.

There is a strong economic argument that a conventional stimulus will not be good enough. If we use yesterday’s playbook, Canadians risk being left behind at a crucial time of transition, as global demand and technology shift in favour of a more efficient low-carbon economy.

Applying a climate lens to the recovery package can help us identify some of the best opportunities to get people back to work immediately while building a more resilient Canada for the long term, ready to capitalize on new global growth trends.

One 2009 study by the International Monetary Fund on climate policy and recovery found that “environmental measures have been a valuable part of fiscal stimulus packages,” emphasizing that “energy efficiency investments are particularly well-suited to stimulus spending,” because they can be executed quickly.

In April, leaders in Canada’s clean energy sector wrote to the prime minister calling for a clean-energy-focused stimulus in order to “build a better, more resilient economy,” noting a special need to invest most in those regions that have been hit hardest by the collapsing oil price, such as Alberta.

“When the recovery begins, Canada can build a stronger and more resilient economy by investing in a cleaner and healthier future for everyone.”

Inevitably, there will be pushback from some of Canada’s more entrenched interests. The response must be clear and unequivocal: a sustainable path is the only way forward if we want Canada to thrive long term.

As Canadians, this is our moment to think and act big.

In that spirit, today, we are launching a Building Back Better Green Recovery report series with contributions from some of Canada’s most inspired minds. And over the next seven weeks, Corporate Knights and partners will hold a weekly series of live conversations bringing together people with the ideas and the power to explore how Canada can use a renewed climate-based approach to build a stronger, more sustainable economy.

Our web host will be economist and public policy expert Diana Fox Carney.

Our goal: to inspire Canadian decision-makers to seize this opportunity to Build Back Better.

The 60-minute weekly series kicks off on Wednesday, April 22nd (the 50th anniversary of Earth Day), at 11 a.m. EDT. The series will continue at the same time each Wednesday through to June 3.

Each event will include reactions and suggestions from expert panelists as well as an opportunity for attendees to make suggestions and ask questions. Following each discussion, updated proposals will be shared with all participants for further refinement to inform a synthesis document to be presented in June.

Here’s the schedule. We hope you can join us.

Building Back Better with a Green Renovation Wave

Building Back Better by Topping Up our Green Power Sources, Storage and Connections

Building Back Better by Electrifying our Cars, Trucks and Buses

Building Back Better with Forests

Building Back Better by Fueling Innovation in the Energy Sector

Building Back Better: The Wrap and Next Steps