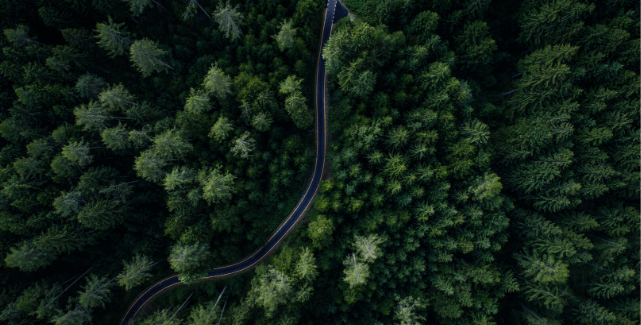 We need more solutions, more policies and more investment – now. How do we get there? GLOBE spoke with three leaders from the climate community to get their take on how to accelerate action.

Renowned climate communicator and atmospheric scientist, and professor of political science at Texas Tech University, where she is director of the Climate Science Center. UN Champion of the Earth in 2019.

How to Talk About Climate Change

The most important thing any one of us can do about climate change is talk about it. But in order to have a positive, constructive conversation, we need to start the conversation with something that we agree on. When I was invited to speak to an oil and gas company’s board for the first time, I had to dig deep. I’m a climate scientist, and my goal is to communicate the urgency of weaning ourselves off fossil fuels as soon as possible! What do I have in common with them? I thought about it for a while, but then I realized something: I am profoundly grateful for fossil fuels because they powered our medical advances, our educational advances, and our research advances. So, I started my remarks by saying, “Electricity, refrigeration and transportation have been powered by fossil fuels and I’m very thankful for living at a time when that was possible.” I could see the surprise—and pleasure—in their eyes as they realized that I truly did understand the benefits of what they do. After that, we were able to have a constructive conversation about how they provide and understand energy, but they’re concerned about how to continue to do that in the future.

So, step one to a constructive conversation on climate change is to find common ground. Step two is about connecting the dots between the values that you already share and how climate change affects those things, whether it’s hunting, fishing, skiing, your kids’ health, the economy, or whatever it is you care about. Step three is to talk about practical, viable, positive solutions that are consistent and compatible with that person’s values and who they are. For example, if someone’s a fiscal conservative, you can share a fiscally conservative solution to climate change with them.

Having positive conversations about climate change isn’t just a North American issue. It’s an issue everywhere, because so many of us have bought into the idea that climate change impacts are far off and only matter to future generations or to people who live far away. We’ve also bought into the idea that the solutions are largely negative…they are harmful, they’re uncomfortable, they are punitive, they are restrictive, they will make our life worse rather than better. So, our natural defense mechanism is to point the finger at somebody else. We deny responsibility because we’re more afraid of the solutions than the impacts. The reality is exactly the opposite: we should be much more afraid of the impacts than ­­the solutions. By having a constructive conversation, we can flip that perspective.

Professor in the School of Resource and Environmental Management at Vancouver’s Simon Fraser University and author of “The Citizen’s Guide to Climate Success: Overcoming Myths That Hinder Progress”

As an economist, I prefer putting a price on carbon pricing over any other policy—it’s the simplest, cheapest and most efficient way to achieve reductions. In the short term, people and business might make small changes in their driving and heating habits. In the medium term, they might choose an alternative fuel technology, like an electric car, a higher biofuel blend for their large truck, or an electric heat pump for their home. And in the long term, carbon pricing will drive innovations that reduce more emissions at lower costs.

However, some types of flexible regulations can be less polarizing than carbon pricing and can yield great results if you target key sectors like electricity and transportation. Examples include:

Ultimately, for success with the climate-energy challenge, we must strategically focus our efforts as citizens on a few key domestic sectors (especially electricity and transportation), a few key policies (regulations and/or carbon pricing), and on electing politicians that are genuinely committed to climate action (what I call “climate-sincere politicians” in my book).

What We Can Learn from Indigenous Communities

Indigenous communities are the canary in the coalmine on climate change in Canada. Northern Canada is experiencing more warming than anywhere else on Earth—three times more than the global average. To make matters worse, these communities are most vulnerable to climate change impacts due to their location (almost always located close to water and in low-lying zones), economic vulnerability and poor infrastructure. In addition, their way of life is dependent on the land, habitat, wildlife and sea resources, much of which is now exposed to climate change.