The Vancouver entrepreneur didn’t invent drain-water heat exchangers. But he has spent the last several years engineering a more efficient version of the technology, which he’s now selling through Sharc Energy Systems, a publicly traded company he founded that designs “wastewater heat recovery systems” that use heat pumps to capture and recycle thermal energy from drains and sewer lines.

The firm began commercializing its technology about five years ago. Sharc has won customers in Washington, D.C., Seattle and Vancouver, which has fostered a thriving green-buildings sector with demanding energy codes and projects such as the False Creek Neighbourhood Energy Utility, a City of Vancouver venture that reuses waste energy from sewer mains to heat about 5.7 million square feet of residential, institutional and commercial space downtown. Sharc developed the waste-water filtration systems that have been used in the facility since 2016.

Mueller says his company has a few high-profile advocates in its corner: former B.C. premier Mike Harcourt sits on the board, while the potential of waste-water energy recovery has been talked up to municipalities by former Toronto mayor David Miller, a prominent green building advocate through the C40 network of megacities committed to climate action.

In his new book, Solved: How the World’s Great Cities are Fixing the Climate Crisis, Miller describes waste-water heat recovery as an emerging technology that is not only relatively simple, but uses heat sources “that have not been traditionally thought of as a resource which exists in all buildings, and are renewable.”

“There’s massive potential with these technologies,” he said in a recent interview.

In the case of New York City – where Sharc has a two-year-old partnership with Highmark, an HVAC and energy-efficiency contractor, and utility giant Consolidated Edison – there are 100,000 buildings, and half of them need energy retrofits. 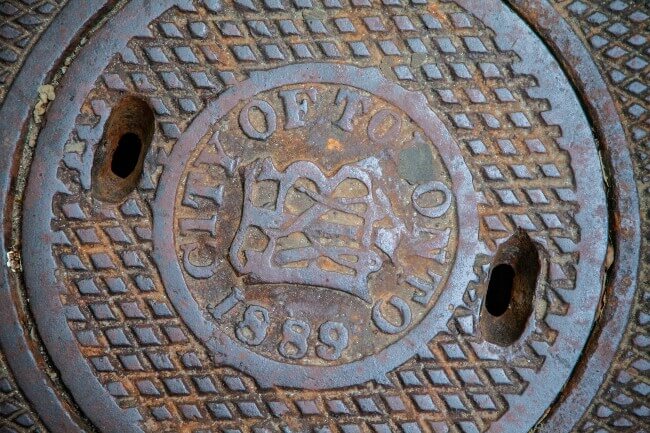 New York figures in Miller’s book as one example of how big cities can drive energy savings and reduce the carbon used by buildings, estimated to be responsible for about 40% of all greenhouse gas emissions. The city has, since 2009, required certain building owners – mainly large commercial landlords – to benchmark and publicly disclose their energy- and water-efficiency levels.

Subsequent changes to the policy have widened the net of buildings required to comply and added a standardized scoring system. Technologies like Sharc and other upgrades to mechanical systems, like high-efficiency HVAC, play a large role for property managers who have to hit those targets. Mayor Bill de Blasio last year pushed through an even more aggressive timetable for building owners to slash emissions.

“The case for benchmarking is quite simple,” Miller says. “Requiring building owners to publicly state the energy efficiency of their buildings will cause the market to change its behaviour. Once prospective tenants, who are responsible for paying the cost of heating and cooling, know how inefficient the building is, the owners [will] adapt in order to accommodate the desires of the tenants.”

The former Ontario Liberal government introduced mandatory benchmarking for large buildings in 2017, and a somewhat watered-down version remains in effect. The City of Edmonton three years ago introduced voluntary benchmarking, with incentives for owners to comply, according to Abhishek Chakraborti, senior environmental project manager. The number of participating buildings has risen from 99 to 278. Chakraborti says that the city is looking at making the program mandatory.

You need to mandate energy efficiency. It’s such an obvious thing, because  it pays for itself.”

Miller says that required benchmarking and disclosure is the only way to confront the dilemma of “split incentives” – that is, that for the developers and owners of buildings, there’s often no financial upside to energy-efficiency improvements because it’s the tenants or condo investors who bear the cost.

“There is a structural market failure, [so] you need to mandate energy efficiency. And it’s such an obvious thing, because it pays for itself. It’s the right thing to do. It creates jobs, and you end up with a better building, better air quality, and probably better conditions for people to work in.”

In Solved, Miller discusses an even more ambitious city-focused green building program: Tokyo’s cap-and-trade system, which has been in effect since 2010 and applies to every building. The municipality proscribes emission reductions but also offers “a solution for buildings that are so difficult to improve that they cannot meet the targets: trading carbon credits.” Those owners that can’t boost efficiency must buy credits from buildings that have exceeded theirs. According to Miller, Tokyo buildings subject to the cap-and-trade program have cut their emissions by 27% compared to 2009 levels.

Overall, Miller adds, enforceable building-related energy-efficiency goals – in the form of building codes, benchmarks or other mechanisms – are driving investment in sustainable building materials, components and technologies. Indeed, B.C., with its increasingly stringent building codes, has become a magnet for sustainability entrepreneurs like Lynn Mueller, who can not only see the writing on – and in – the walls, but understand how to profit from it.

As he says of waste-water heat recovery, “The billions of dollars that goes down the drain around the world is worth recovering. It’s not rocket science.”