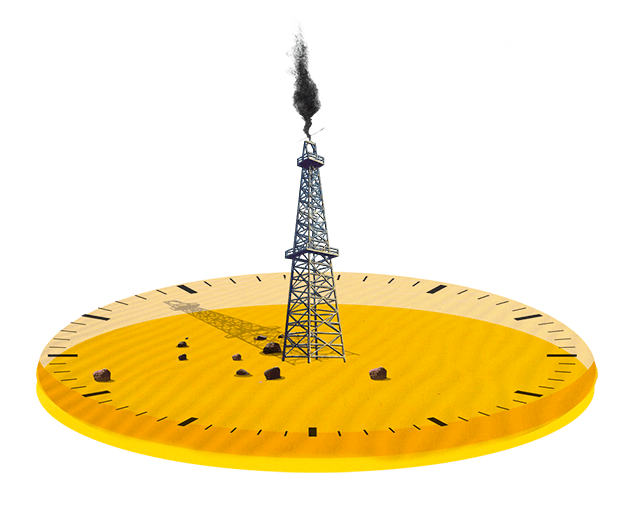 Mutual fund managers at Vancity Investment Management had an unusual question recently for four Canadian banks and insurance companies in which their funds own shares. They asked the boards of those companies to explain how they were going to address stranded assets in the fossil fuel industry. A hypothetical example: a bank-financed railway line built to service an oil sands mine. What if the project closes down because it is no longer economic, they asked? What good is the infrastructure then?

Such questions are one sign of mounting interest in the cost of tougher greenhouse gas emission standards, tighter renewable energy requirements and other policies that are designed to stem global warming but could, in the process, hurt the commercial viability of carbon-intensive projects.

“It’s part of our overall strategy of encouraging all participants in the market to wake up to the possibility of very real carbon constraints,” said Dermot Foley, manager for environmental, social and governance analysis at Vancouver-based Vancity.

Starting with Royal Dutch Shell and BP in 2002, a growing number of oil and gas producers, including several Canadian ones, have expressed the future cost of containing carbon emissions as a notional dollar amount, known as a “shadow” carbon price. Indeed, shadow carbon pricing is now standard practice in the energy industry, though company approaches vary and public disclosure levels remain weak.

According to Alex Wood, senior director for policy and markets at Sustainable Prosperity, an Ottawa research group, “the pricing that (companies) use is clearly meant primarily to inform decisions about capital expenditures – project X versus project Y – and how to reflect the anticipated compliance cost for that facility.”

For example, Syncrude, one of Alberta’s oldest and biggest oil sands producers, says that it runs a sensitivity analysis “from time to time, as needed” on the impact of various future carbon policy and pricing proposals on its business.

Scott Arnold, director of sustainability at Canadian Oil Sands, which holds a 37 per cent stake in Syncrude, compared the carbon-pricing analysis to other, more familiar aspects of the company’s business, such as assumptions on oil prices, foreign exchange rates, input costs and royalty rates.

No standard formula exists for calculating an appropriate shadow carbon price, given that no one can be sure what policies and regulations governments around the world may adopt in future years.

“We can make educated calculations about the potential impact of carbon regulations,” said Brett Harris, a spokesman for Cenovus, “but we can never know all of the factors that will be included in a particular set of regulations until the government publishes them.”

Existing carbon taxes provide a starting point for shadow pricing calculations. Syncrude uses a price of $15 per tonne of carbon dioxide equivalent for its planning and investment models, based on the level set in Alberta’s specified gas emitters regulation.

But the Alberta tax has serious shortcomings as a proxy for a realistic carbon price. For a start, Canada does not have a federal carbon tax, which arguably should also be factored into the equation.

The Conservative government in Ottawa has resolutely opposed putting a price on carbon emissions. “Everyone has their own approach and we know a carbon tax would increase the price of everything in Canada,” federal Environment Minister Leona Aglukkaq told the annual climate change conference in Warsaw in mid-November.

But business is one step ahead. Wood said most companies that use shadow carbon pricing reference a price that’s higher than the regulatory threshold. “The rationale is the expectation that the price will increase,” he said. “That needs to be factored into their investment decisions.”

Cenovus and Suncor also use the Alberta carbon tax of $15 per tonne as a base for their calculations of long-term market risk. “We will update that ($15 model) if Alberta’s price changes,” Harris said. But both companies also use models based on much higher prices – about $50 per tonne for Suncor and $65 for Cenovus.

“By running these scenarios, we’re able to create a marginal cost curve that gives us a better sense of the economics of various technology alternatives,” Harris explained. “So for instance, a technology that has the potential to reduce carbon emissions may be uneconomic to pursue when carbon is priced at zero, but it becomes more economic when carbon is priced at $65 per tonne.”

According to Suncor’s latest annual sustainability report, “our base case future carbon price assumption takes into account the best information we have from carbon markets and developing public policy. Our base case assumes that by 2025, the carbon price applies to an increasing percentage of our emissions.”

Suncor also assumes that the U.S. and Canadian governments will balance tighter environmental controls with economic and energy security concerns. It thus expects, according to its 2012 annual report, that “regulation will evolve with a moderate carbon price signal, and that the price regime will progress cautiously.”

Among other big Canadian producers, Imperial Oil follows the lead of ExxonMobil, its U.S. parent. According to ExxonMobil’s latest Outlook for Energy, the two companies assume a shadow (or “proxy”) price for carbon dioxide for most of their North American operations of “more than” $40 per ton in 2040 (measured in 2012 dollars). One exception is the Arctic, where the shadow price is under $20 per ton – the same level assumed for Africa, the Middle East and parts of Latin America. A recent report from the Carbon Disclosure Project has ExxonMobil disclosing that it uses $60 per ton as its internal benchmark.

However, some academics and environmental activists take the view that these shadow prices are far too low. They contend that the shadow price should be closer to $100 per ton given the tough measures needed to avert the looming global warming crisis.

Many companies are wary of disclosing full details of their calculations. Cenovus declines to describe the methodology behind its shadow carbon pricing model “for competitive reasons,” while Canadian Natural Resources declined to comment on any aspect of its carbon pricing policies.

Ryan Salmon, senior manager for oil and gas at Ceres, a U.S.-based research group, said it boils down to a single question for investors in these companies: “How robust are these companies’ business plans against a scenario that looks much different from the present in terms of carbon price, oil demand and other factors?”

A crucial issue for Canadian producers, Salmon said, is the commercial viability of the technology known as carbon capture and storage. Several pilot projects are underway in Alberta and Saskatchewan that involve capturing carbon dioxide emissions from the oil sands and transporting the gas through pipelines to deep underground rock formations, where they will theoretically be trapped forever.

“There should be a higher carbon price to make that kind of project economic,” Salmon said. “It’s unclear how much abatement could be gained from carbon capture and storage. It would certainly be interesting to know more about what companies are assuming.”

More generally, as Vancity’s questions to the banks and insurers suggest, pressure is intensifying for a credible measure of the cost of containing greenhouse gas emissions.

A report commissioned by the Association of Chartered Certified Accountants, representing accountants around the world, noted in October that “current financial reporting standards, stock market listing requirements, industry reporting frameworks and non-financial reporting guidelines do not alert investors to the risks of reserves associated with climate change.”

The report, compiled by Carbon Tracker, a U.K.-based non-profit, concluded that the strategies laid out in corporate annual reports talk of growth that is “incompatible with emissions limits.” It recommends that oil and gas producers be required to:

On another front, last fall, a group of 70 money managers lit a fire under several dozen of the world’s biggest oil and gas producers, coal miners and power utilities. In a letter to 45 companies, the investors called on each one to conduct a wide-ranging review of the financial risks posed by climate change.

“We would like to understand (the company’s) reserve exposure to the risks associated with current and probable future policies for reducing greenhouse gas emissions by 80 per cent by 2050,” the investors wrote.

The companies were asked to evaluate, among others, “the risks to unproduced reserves, due to factors such as carbon pricing, pollution and efficiency standards, removal of subsidies and/or reduced demand.”

Jack Ehnes, CEO of the influential California State Teachers’ Retirement System and one of the signatories to the letter, said in a statement: “The world is taking climate change seriously and global pressures to reduce fossil fuel use will only grow stronger.

“As long-term investors, we see the world moving toward a low-carbon future in which fossil fuel reserves that companies continue to develop may actually become a liability, which could take a toll on share value.”

When and by how much remains the big gamble that investors make.