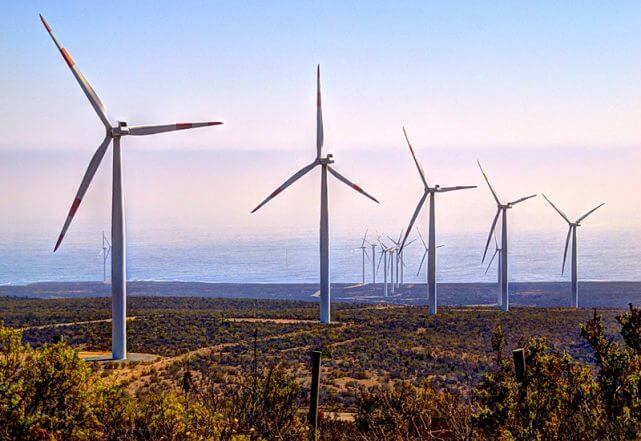 Chile plans to be carbon neutral by 2050. Photo via wikimedia commons

With its reliance on heavy industry and its financing of coal-fired power, South Korea is an unlikely poster child for the low-carbon economy, but the East Asian nation is staking its claim to a leadership role in the transition.

Fresh from a landslide election victory in April, South Korean President Moon Jae-in is promising to launch a “Green New Deal” that aims to provide economic stimulus while putting the country on track for net-zero emissions by 2050.

Around the world, national and sub-national governments are grappling with the need to stabilize their economies with emergency financing to support individuals and businesses that are being devastated by shuttered economies. As they plan longer-term stimulus packages, a growing group of them – from the European Union to New York State – are insisting that stimulus spending and tax measures must be consistent with net-zero goals.

On May 27, the European Commission proposed a €750 billion ($1.15 trillion) stimulus package in which 25% is allocated to green projects, ranging from zero-emission infrastructure to building retrofits to construction of 15 gigawatts of renewable power generation over two years.

Institutions like the International Monetary Fund (IMF), the World Bank and the International Energy Agency (IEA) are urging governments to use the opportunity to accelerate the transition to a net-zero-emissions world.

“If this recovery is to be sustainable – if our world is to become more resilient – we must do everything in our power to promote a ‘green recovery,’” IMF managing director Kristalina Georgieva-Kinova told an online climate conference in April. “In other words, taking measures now to fight the climate crisis is not just a ‘nice-to-have.’ It is a ‘must-have’ if we are to leave a better world for our children.”

In South Korea, President Moon’s Democratic Party of Korea launched its environmental platform in March as the country was successfully locking down to prevent the spread of COVID-19. The platform includes plans for a carbon tax, the end to public financing of coal-based electricity, major investments in green energy infrastructure, and transitional training for the work-force.

“South Korea is about to lead Asia in charting a course away from an energy mix that has fuelled unprecedented growth but also accelerated climate change,” Chaoni Huang, head of sustainable investing in Asia for French bank BNP Paribus, wrote in the Nikkei Asian Review.

Fatih Birol, executive director of the International Energy Agency, has called on governments to focus their recovery efforts on clean energy projects in order to speed up the transition to a net-zero economy.

Current national commitments under the 2015 Paris Accord are insufficient to meet the goal of holding the global temperature increase to less than 2 degrees Celsius above pre-industrial levels.

The United Nations Framework Convention on Climate Change reports that 110 countries have said they will submit enhanced targets – known as nationally determined contributions, or NDCs – while 124 nations have committed to net-zero emissions by 2050. However, most countries are not yet on track to meet their original targets submitted in 2015, let alone more ambitious ones.

Canada has pledged to improve its 2030 target – which is to reduce GHGs by 30% below 2005 levels by 2030 – and has also committed to carbon neutrality by 2050. However, the two leading global emitters, China and the United States, have done neither.

The European Union has endorsed the net-zero target for 2050, and individual countries are pledging to pursue a green recovery as they attempt to spend their way out of the COVID-19 slump. Several governments – including those of Italy, Germany, Spain and Britain – have announced plans to issue green bonds to help finance green infrastructure projects in 2020.

In response to the COVID pandemic, China is ramping up spending after seeing its economy shrink by 6.8% in the first quarter. Beijing is targeting what’s been termed “neo infrastructure,” which could help cut emissions but isn’t focused on green measures. It includes expanding 5G networks, industrial internet and data centres, as well as boosting rail service and electric vehicle charging stations.

In the U.S., states are taking the lead. New York Governor Andrew Cuomo is promising to speed up approval of low-carbon power projects, including a transmission line to bring power from Quebec to New York City. California Governor Gavin Newsom has assembled a task force to advise on the state’s economic recovery that includes a strong climate lens.

Among South America’s largest economies, Chile has shown the greatest willingness to pursue a low-carbon transition as it battles the economic slowdown. In April, it became the first Latin American country to strengthen its existing commitment to reduce emissions. Chile’s government – which has announced an $11.75 billion stimulus plan – pledged to stabilize its emissions by 2025, and then achieve net-zero peak emissions by 2050.