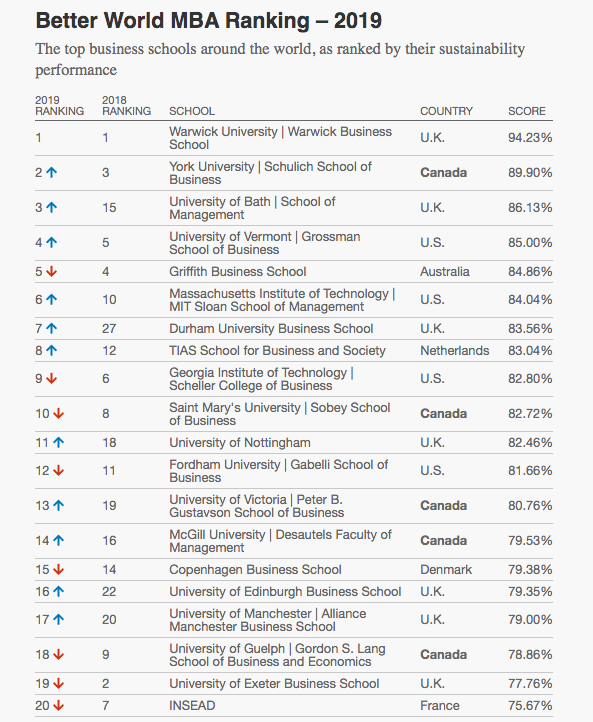 Find out which schools topped this year's ranking