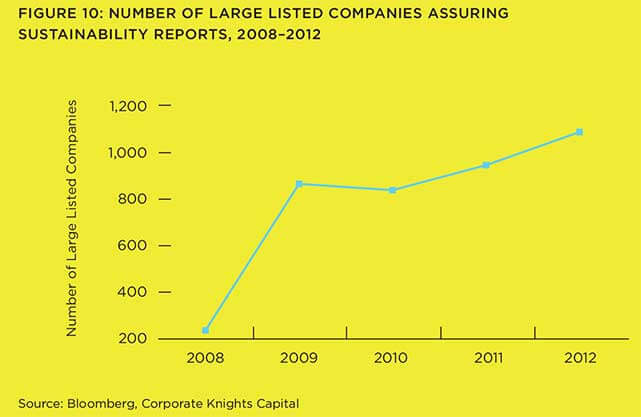 As shown in the above chart, featured in Corporate Knights Capital’s 2014 World Stock Exchange Report, the number of large listed companies that conducted a sustainability audit grew from 237 in 2008 to 1,087 in 2012, an increase of 359%. Still, the 1,087 companies that conducted a sustainability audit in 2012 constitute only 24% (1,087/4,609) of the large listed companies included in this year’s study.

Assuring a sustainability report may be safely deemed a minority practice, but the trend line is clearly on an upward trajectory.