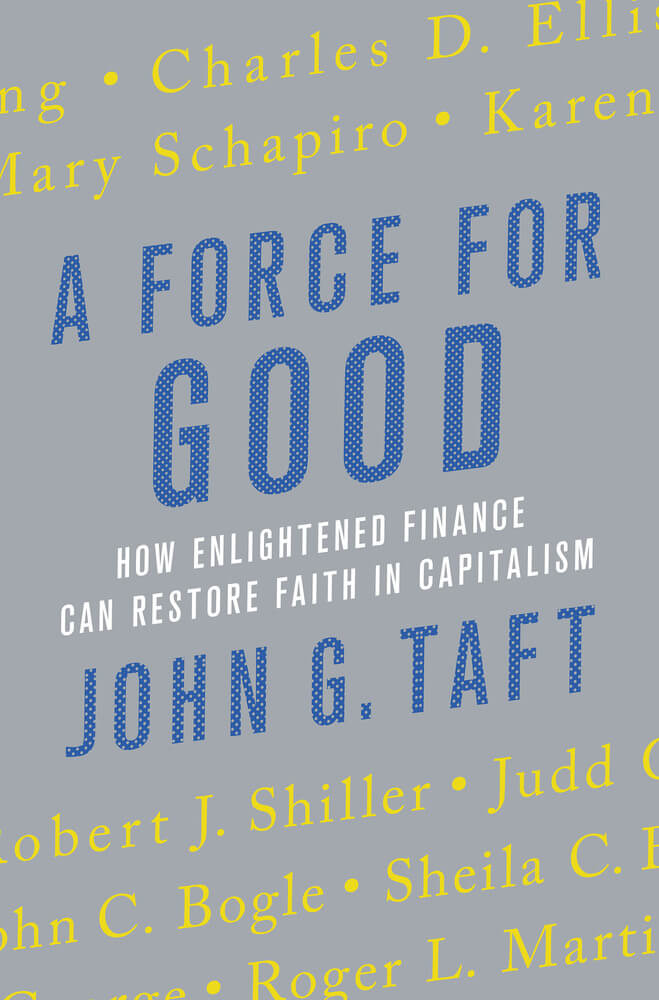 Two other economic heavyweights – Roger Martin, academic director of the Martin Prosperity Institute at the Rotman School of Management, and Brian Walsh, chairman and chief investment officer at Saguenay Strathmore Capital – joined Taft at One King West hotel in Toronto yesterday to talk about capitalism 2.0.

“What we want from capitalism is changing,” Taft told Corporate Knights. So, what we call capitalism also needs to change, he said.

We need to add a new word – inclusive, generative, sustainable, fiduciary, social – to reflect what we want our economic system to look like, he said. We’re in the middle of a conversation about what that word will be, said Taft.

All three men were adamant that the financial services industry needed to take this conversation seriously if it wanted to continue to exist, let alone operate.

Martin said he only expects the financial sector to  change radically after the third major economic crisis. “We’re one gigantic blowout away from having the population say ‘alright already,’” he said.

Until then, the financial sector needs to work hard to re-gain the public’s trust, said Taft.

“The financial crisis was really a breach of contract. We in the financial services industry betrayed the trust of society,” he said.

The latest Wall Street Journal/NBC News Poll, which interviewed over 1,000 Americans over the phone last year, found that the financial sector had one of the lowest confidence rates out of all of the industries surveyed. 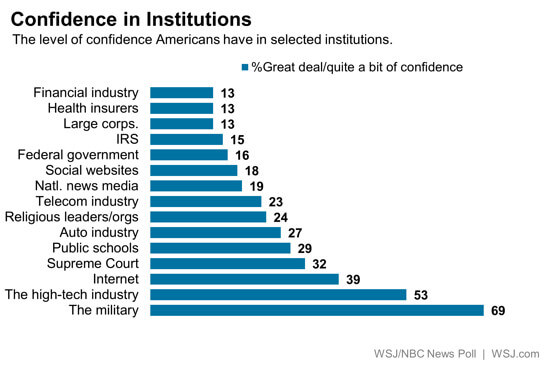 As in most relationships, the only way to re-gain trust is to show that you have learned from your mistakes and take positive actions to improve, said Taft. To do that, the financial sector needs to align itself with the things that society feels are important, he added.

One of the building blocks toward trust is to make sure that high fiduciary standards – the ethical relationship that exists between two parties who are in a relationship of trust – apply to everyone who is giving financial advice, said Taft.

It is important to write rules and put processes in place that will make it less likely for highly complex organizations to bring down the whole system, he said.

Yet, Taft is the first to question the U.S. government’s approach to fixing the financial system.

No one has any way of knowing whether financial reforms have gone far enough, or if they’ve gone too far, said Taft. “We’re like pilots in an airplane with no control panel.”

Using another metaphor, the U.S. government has been moving the chips from the “enable growth” side of the table over to the “safety and stability” side of the table, said Taft. “But hundreds of chips have been moved and no body is measuring with any degree of accuracy and rigor what effect that has had on the ability of the economy to grow,” he said.

Martin isn’t confident in the government’s reforms either, partly because he doesn’t see enough room for innovation and growth. You can’t nail down one big action, like the Dodd Frank Wall Street Reform and Consumer Protection Act, and say it’s going to fix everything, he said.

“Nobody from any field would say that makes any sense whatsoever. The probability of that working is zero,” he said.

The financial sector needs to look to other fields, such as design, to develop solutions that actually work, said Martin. “You have to prototype things. You have to assume they won’t work in the way you expect them to,” he said.

Pushing a massive bill through “the most arcane body on the planet” – the U.S. Congress – is not going to solve today’s problems, he said. “It’s designed not to work, and it won’t work,” he added.

In other words, complex regulations won’t go far enough to re-build trust if the public doesn’t understand them.

“I’m surprised that people believe us. The trust people have in economists to do the sorts of things they’re doing with the economy is utterly inconsistent with the historical data,” said Martin.

Looking forward, we’ll have to wait until Taft’s book comes out later this month to see what economists have in mind for the future of capitalism.

Canadian firms Cogeco, Stantec and Telus were among the honourees