85 per cent of the world’s largest global asset owners are climate “laggards” that have taken little to no action to insulate themselves from the growing risks presented by climate change, says a new report by the Asset Owners Disclosure Project (AODP). The survey found that only 76 of the 500 largest asset owners around the globe have taken meaningful action to manage climate risk. These 500 institutional investors own nearly $40 trillion in collective assets.

“Funds rated A or higher in the index are protecting their investments by engaging with the companies they own, divesting of heavily carbon-exposed assets, or deploying hedging strategies,” explained Julian Poulter, AODP founder and chief executive. “The laggards – those rated D or X – have simply failed to calculate the odds of a ‘sub-clime’ crisis.’”

Nine asset owners received the highest grade of AAA this year, up from five in 2014. All of them were from the United States, Europe and Australia. 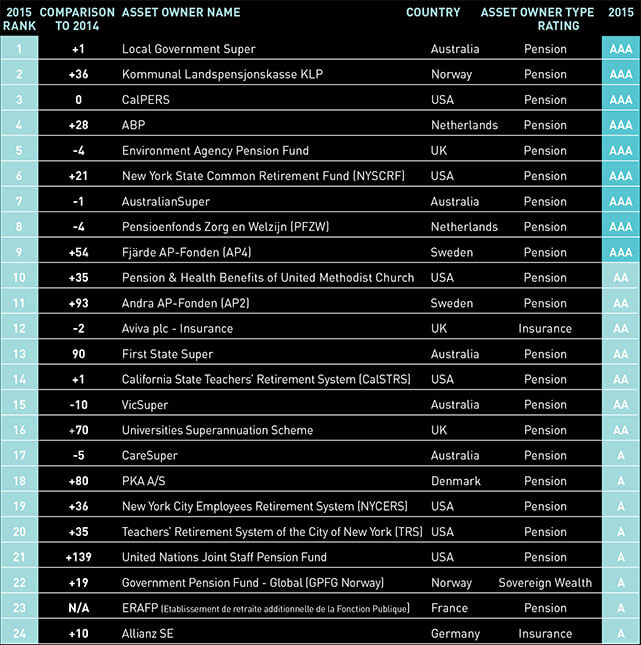 “These funds have a duty to mitigate portfolio risk…the leading funds know this and they are increasingly underweighting carbon to the extent that if every fund copied their approach, we would be well on the way to solving climate change,” said AODP Chair John Hewson.

There is broad scientific consensus that action is needed to keep average global temperatures from rising above 2 degrees Celsius to avoid catastrophic climate. As governments around the world take action to limit emissions, a significant portion of coal, oil and other carbon reserves will have to be left in the ground. These unburnable assets have yet to be adequately accounted for by the market, with significant implications for the market valuations of fossil fuel companies. This creates significant risk for the shareholders themselves, particularly large asset owners. 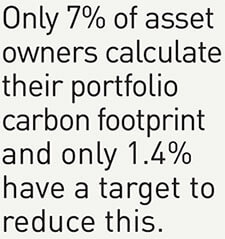 Over the past two years, this notion of stranded assets has begun to gain acceptance in the mainstream. Major financial institutions, such as Citigroup and ratings agency Standard & Poor’s, have acknowledged the risk stranded assets pose, and the Bank of England is currently conducting an inquiry into the potential overvaluation of fossil-fuel companies. A report written by HSBC earlier this month warned that the risks of stranded assets are growing, and recommended that investors determine their exposure as soon as possible. Once that risk has been quantified, “the main choice for investors to make is whether to sell all fossil fuel investments or to sell those which they consider to be higher risk,” the report explained.

Yet, according to the 2015 AODP report, only seven per cent of asset owners are currently able to report their carbon emissions. Just seven of these asset owners have a carbon reduction target in place.

The race against time

The EU plans to “fundamentally transform” its economy in this “make-or-break decade.” (The rest of the