Managing earnings involves the manipulation of financial reporting by publicly traded companies in order to misrepresent how well they’re really doing. Companies might insert a low-ball estimate of bad debt or delay the announcement of a capital project – anything that can help a struggling public company report an extra cent or two of earnings per share in its quarterly or annual statement and avoid negative buzz and a stock sell-off.

Lots of firms engage in it; rarely are they punished. A recent exception was Under Armour, the American sports equipment manufacturer that recently settled an enforcement action with the United States Securities and Exchange Commission.

Earnings management may be a form of financial fraud, but there are plenty of defenders who say accounting standards allow for managerial discretion in reporting earnings. Besides, when firms manipulate their books, aren’t they hurting themselves more than anyone else?

It’s this seeming lack of an identifiable victim that has led many accounting professionals and researchers to conclude that it’s no big deal. New research, however, reveals a darker story.

Two recent studies show how a company’s obsession in meeting earnings expectations can victimize vulnerable employees. One documented higher workplace injury and illness rates in firms that meet or just beat analyst forecasts – the result of increases in employee workloads and out-of-the-ordinary reductions of discretionary expenses. A second study connected earnings management to corporate wage theft, which happens when firms fail to pay employees for overtime or force them to under-report the number of hours worked.

A new study we conducted with Hongtao Shen and Yang Zhao, of Jinan University in China, and Zheng Liu, a doctoral student at Smith School of Business at Queen’s University, showed an even wider fallout from earnings management – an increase in air pollution, with long-term health consequences.

We based our study on a hunch that pollution reduction costs would be a prime target for struggling firms feeling pressure to meet earnings targets. Most emission reduction expenditures are variable costs that can be reduced by switching off abatement technology, such as sulphur dioxide scrubbers, and switching them to full power when inspections are imminent. 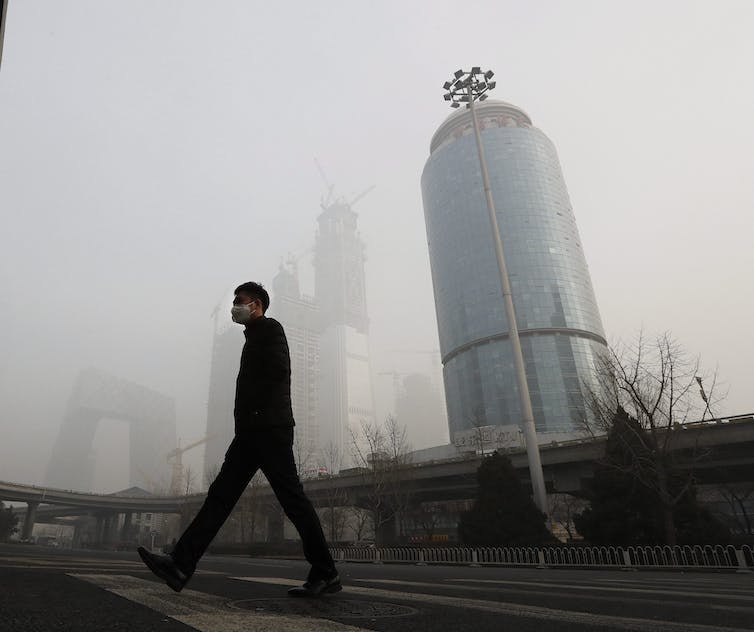 A man wearing a mask for protection against air pollution walks in Beijing as the capital of China is shrouded by heavy smog in 2016. (AP Photo/Andy Wong)

From the perspective of a company looking for a quick fix, cutting pollution abatement expenses is often a better alternative than cutting research and development or advertising, which could damage its mid- or long-term interests. By switching off the scrubbers, the firm passes on the long-term costs of a dirtier environment to the community where it operates.

We focused our study on a selection of publicly traded manufacturers in China, where there have been a variety of efforts to control sulphur dioxide emissions that cause acid rain and air pollution.

To identify those firms feeling pressured to engage in earnings management, we turned to previous research that showed companies just meeting or exceeding analyst forecasts as prime suspects for engaging in accounting manipulation.

When we analyzed the data, they told a convincing story. Manufacturers that just met or beat analyst earnings forecasts had higher-intensity sulphur dioxide emissions – they released, on average, 0.26 kilograms more sulphur dioxide per 1,000 CNY (Chinese yuan renminbi) of output, almost 27% higher than the average for emission-releasing establishments.

This unethical corporate behaviour was most evident when environmental regulation and monitoring were weak. In China, the environmental regulator is a local agency dependent on local government, which in turn depends on tax revenue from companies in its jurisdiction. The study revealed that suspect firms that were key contributors to the local economy emitted more sulphur dioxide. The same held true for state-owned enterprises aligned with the central government and protected from environmental monitoring and enforcement.

The opposite was also true – companies were less likely to surreptitiously cut back on their abatement expenses when monitoring was tight and regulations were enforced.

This was evident among firms located in designated acid-rain control zones and in cities that hosted events like the 2008 Beijing Summer Olympics – occasions when China increased environmental monitoring in order to polish its image on the world stage. This was also evident among firms mandated to disclose data relating to corporate social responsibility. 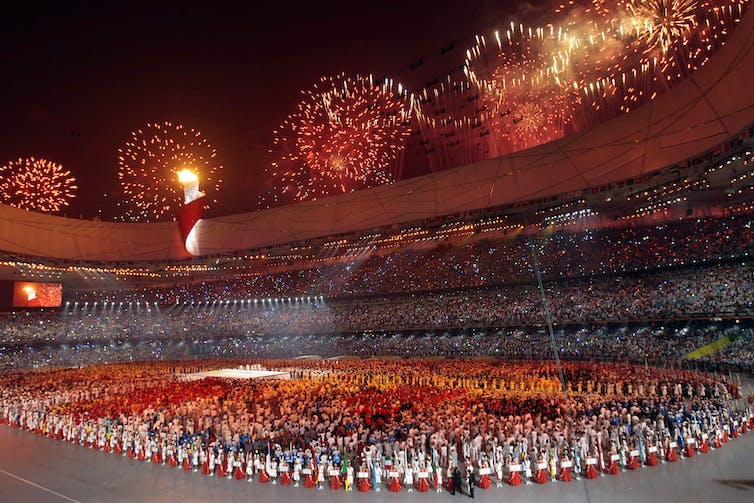 Fireworks explode over the National Stadium during the opening ceremony for the 2008 Olympics in Beijing. (AP Photo/Itsuo Inouye)

Our findings and those of other studies carry a message for directors of public companies who oversee their firms’ financial reporting. Research shows that companies with more long-term-oriented investors and CEOs with incentives that reward a longer-term perspective are less likely to engage in any sort of financial sleight of hand. To some extent, that means earnings management can be mitigated by people management.

It’s time that the accounting profession, researchers and capital market regulators take earnings management more seriously. We need to know what companies are doing just to find a few pennies of earnings per share to meet quarterly or annual targets – and who ends up paying for such practices.

This article is republished from The Conversation under a Creative Commons licence. Read the original article.