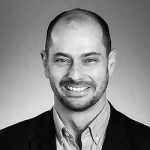 Toby is the chief executive officer and co-founder of Corporate Knights. He spearheaded the first global ranking of the world’s 100 most sustainable corporations in 2005, and in 2007 coined the term “clean capitalism.” He sits on the Sustainability Accounting Standards Advisory Board and the University of Toronto’s Environment and Finance Committee. He also is a director at Ashoka Canada. Toby has been published in the Financial Times, Wall Street Journal and the Globe and Mail, and is a regular guest speaker on CBC. In 1998, he played centrefield for the Yugoslav National Baseball Team. 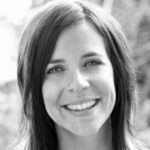 Adria began as Corporate Knights’ managing editor of all things digital and is now managing the print magazine as well. This Canadian environmental journalist and former NOW Magazine columnist is the author of the bestselling Ecoholic book series. As a straight-shooting advocate for sustainability, she’s appeared on CBC, CTV and Global, as well as in the Globe & Mail, Toronto Star, Ottawa Citizen and beyond. Adria is also a former journalism lecturer at Ryerson University. She has a BA in political science from the University of Toronto and a post-graduate degree in magazine journalism from Ryerson. 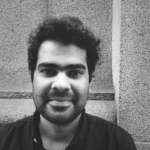 Sanket is the Business Development and Editorial Coordinator at Corporate Knights. His work has appeared in the Literary Review of Canada, This magazine, Outpost magazine and he was a fact-checker at The Walrus. Before he worked in publishing, Sanket worked in business development for a start-up and in various financial institutions. He has a Bachelor’s degree in Management (B.M.S) from the University of Mumbai and is a graduate of Centennial College’s Book, Magazine and Electronic Publishing program. 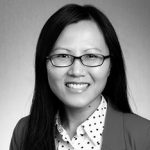 Wendy leads the Clean Revenue Taxonomy Project, a five-year project to define and refine a global clean revenue taxonomy standard for calculating Clean Revenue. She is responsible for the development of the Clean Revenue Taxonomy for all sectors, her specialization is in evaluating financial institutions. She has previously held positions at TD Bank, UNEP, the Council of Canadian Academies and other non-profits. Wendy holds an Honors BSc from the University of Toronto, and an MA in Environment and Management from Royal Roads University.

Laura is a research analyst at Corporate Knights working on various client-facing projects and reports on issues ranging from gender equality to corporate sustainability disclosure rankings. Laura holds a BSc in Business Administration and Economics from the University of Turku in Finland and a MSc in Sustainability Management from the University of Toronto. She has previously worked in tourism and exports, and has held various positions in marketing and communications. As as child, Al Gore’s documentary The Inconvenient Truth piqued Laura’s interest in environmental sustainability, and ever since, her  answer to the question of what she wants to do when she grows up has been “to save the world.” 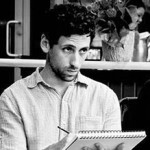 Jack has been the designer and senior art director for Corporate Knights since fall 2011. He is also a freelance illustrator, creating editorial illustrations, posters, graphics, and comics. A recent review of his work stated that: “In much of his recent work, a minimalist and often restricted approach to form and color is wonderfully complimented by the addition of fine details and contrasting accents, while in many of his other pieces, a more playful tone is achieved through elaborate, dense line-work and subtle abstraction.” Past clients have included the CBC, Globe and Mail, Maclean’s, McGill University, New York Press, Toronto Life, Volkswagen (Via Palmhaves) and The Walrus.