As a sociologist focused on demography and the formation of families, Nathanael Lauster has found his work repeatedly drawn back to housing. After moving to Vancouver, he began speaking to city residents about how housing affects people’s ability to form a family, and how it feels to likely never be able to afford a single-family house. He soon realized it was inextricably tied into the history of zoning, which had evolved to regulate the built environment. This blend of Lauster’s interviews with residents living across a diverse range of housing forms and his exploration of housing regulation morphed into a book titled The Life and Death of the Single-Family Home.

Corporate Knights recently caught up with Lauster to discuss the history of Vancouver’s planning decisions, the continued primacy of the single-family home and how residents are learning to adapt to alternative housing options.

CK: Let’s start with the origins of the single-family home in urban environments.

Lauster: Zoning comes out of the industrializing cities of the late 19th and early 20th centuries, where you see the sorts of problems that come about through rapid growth. In many respects these are market-governed cities at this time, where a slaughterhouse could be built next door to a house. So middle-class residents, and also white privileged people, were quite uncomfortable with this dynamic.

That was one impetus behind planning cities in a more coherent way. Of course, you had other factors too, in terms of public health codes and the need for real infrastructural upgrades. But one of the big solutions the nascent planning profession settled upon was single-family houses. They wrote this into zoning codes, locking away most of the land surrounding our urban cores for single-family homes alone. This meant defining in bylaws what constituted a single family and what embodied a house (separation in terms of detachment from any other surrounding structure). There was this codification of the “proper” way in which people should live in cities.

That, effectively, hemmed in most of these older urban cores, which involved a variety of housing options. It prevented this model from expanding further outward, while allowing these single-family house neighbourhoods to keep expanding into the rural hinterlands.

CK: What was the role played by restrictive zoning in Vancouver in terms of racial and socioeconomic discrimination?

Lauster: You see covenants still written into old housing deeds, restrictions that are no longer legal but point to a previously racially-restrictive housing past. Anti-Asian mostly, although there was a historic black neighbourhood that was destroyed in an attempt to build a freeway, not to mention First Nations groups… So it’s intertwined with a lot of these zoning laws. Single-family zones, in particular, were meant to keep out the rabble, which included anyone who couldn’t afford a single-family house. This included the poor, as well as most immigrants and other groups that would be inclined to subdivide up houses into multiple apartments or take in boarders.

CK: So what did Vancouver start to do to break out of this mold?

Lauster: The rejection of the downtown freeway in the early 1970s through a citizens’ revolt marked a big turning point for the city. This opened up, by virtue of how much land freeways occupy, a lot of post-industrial land to be developed into something else.

We then had successive administrations of different parties focusing on livability and densification within the city by promoting alternatives to the single-family house and making it more attractive for people. At the same time, in the 1970s we also saw a provincial NDP government come in and establish the Agricultural Land Reserve. That prevented further outward sprawling of these single-family house neighbourhoods.

There are two additional regulatory constraints that curbed sprawl as well. Up into the mountains of course it had to do with parks, but on the slopes it involved antiquated snow-clearing rules across West Vancouver that prevented development.

CK: So the crux of your book is how people have begun to adjust to this new housing reality. What did you find?

Lauster: It’s a mixed bag. I certainly talked to many people who saw themselves as never wanting to live in a house. They didn’t like what I 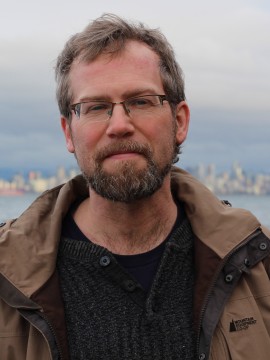 call the isolation of the single-family neighbourhoods, the reduced walkability and focus on the car. There are a number of people who internalize these environmental messages and feel ethically responsible for how they’re living. Other people really just rebelled against the idea that they should have a house and need a house, but they still want to have a family. They want kids and they want to raise them in the city.

But I also met people who were somewhat miserable in the city, because they still felt [that] to be a success in life, to be an adult, they needed to have a house and it was out of reach for them.

And then there’s a bunch of people in the middle. They probably would live in a house if they lived in any other city, but they can’t afford one here in Vancouver and they’re okay trying out a different path. And in many cases they find that as they settle in, the lifestyle is pretty nice, and that maybe they don’t need a house after all. The fact that they don’t have as much space means they pay a lot of attention to what kind of stuff is brought into the house, and felt that it simplified their lives. By virtue of being unaffordable, Vancouver really does force people to explore alternatives. And a lot of them are pleasantly surprised.

CK: Can you expand on the societal pressure regarding single-family home ownership?

Lauster: In terms of how most people feel about it, it is that cultural pressure. But it’s also the case that single-family homes solve a lot of problems for us in terms of everyday life – more space, being able to make as much noise as you want, having more control over your housing. People tend to associate having a single-family house with ownership, although of course you can detach these things from one another.

There are also a series of complications people encounter in city living that they feel would be solved by living in a single-family house instead. At the same time, they don’t see the common problems that come with the single-family home when making this case. It’s a lot of maintenance work, it takes significant time and energy. In many cases it means that you have to commute a lengthy distance to get to work to actually make the money needed to keep up your house. It’s in Vancouver where you start to see people working through that tradeoff.

CK: One of the arguments against city living is that it’s not viewed as family friendly. What feedback did you get on that question in your interviews?

Lauster: One of the things that’s exciting, in many respects, is there are families living in all kinds of situations in Vancouver and making a go of it. It really varies, in that there isn’t a single standard for what’s needed. Obviously more bedrooms will get you more possibilities in terms of larger families feeling comfortable, so building in bedroom requirements isn’t a bad thing for new builds. Two and three bedroom units are popular on the market. But you really do see people going for smaller living as well. To some extent we need to ensure that there is a diversity of options on hand for people, and then we need to encourage how they end up assorting themselves among that diversity.

CK: What role does city politics play in this debate?

Lauster: Over the past four decades there was a lot of urban land available for redevelopment through deindustrialization. Vancouver turned it quite aggressively into new residential spaces, and while we’re still doing that, there’s not a lot left. Many people think that it’s important to keep what industrial land remains for the good of our diversified economic base – the Vancouver port, for example.

So that’s turned development pressure to the places that aren’t as thoroughly protected through zoning legislation as single-family homes, which are areas where you already have apartment buildings. That’s one place where you’ve seen the replacement of a lot of these low-rise apartment buildings with high-rises, generating substantial neighbourhood opposition.

This is where the politics comes in. You can’t change this solely through neighbourhood consultations, because local residents are not going to let you. If you want your planning process to have democratic legitimacy, you need to make it a full city-wide process. Community groups should have a seat at the table, but they can’t be the sole deciders of how their neighbourhood is going to change. The very reason it hasn’t changed is because it was built to be exclusionary in the first place.

That’s not how a city should be run, in terms of thinking about the good of all its residents. We need to think of ways of incorporating within these planning processes the voices of people all across the city – especially the voices of those who are marginalized and have terrible housing options. Their voices need to be brought to the fore, in terms of making this a more socially just and democratic process. And this wouldn’t even take major changes; you could just allow townhouses in there, low-rise structures. You don’t need to have towers everywhere. It would be transformative, making housing more affordable for a broader swath of people and allowing them to embrace a denser, sustainable lifestyle.