Toronto’s eco-conscious civil servants are no doubt feeling a sense of optimism now that Rob Ford’s tumultuous reign as mayor has come to an end. Many over the past four years have kept their heads down, hoping that Ford – or the Fords, if you include brother Doug – wouldn’t target their departments for funding cuts.

Rob Ford was the antithesis of an environmentalist. He never spoke of climate change or carbon emissions. The words “green energy” and “energy efficiency” weren’t in his vocabulary. When he talked about boosting public transit, it was in the context of improving life for people who drive. Indeed, he was determined to end what he called the “war on cars.”

I remember moderating a mayoral debate on the theme of “green government” during the 2010 campaign. Other than when he was slamming green energy for being too expensive – eliciting boos from the audience – Ford had this unique ability to not answer any of the questions directly or on theme. It was like we had four candidates seriously debating green issues and then, in the corner, was Rob Ford talking to himself about tax cuts and gravy trains.

Once Ford was elected, it was must have been a culture shock to bureaucrats who worked under previous environmentalist mayor David Miller, now chief executive of WWF Canada. Under Miller, Toronto became known internationally for its environmental leadership. Under Ford, Toronto became known internationally as the city with that crack-smoking, homophobic mayor that makes racial slurs.

Now that John Tory is Toronto’s new mayor, what can we expect from him on the climate and environment file over the next four years?

For one, the words “environment” and “climate change” are again being spoken with what appears genuine concern and conviction. During his campaign, Tory talked about making Toronto a more sustainable community by boosting the city’s tree canopy by 3.8 million trees over the next 10 years. (Not to compare or anything, but motorcycle maker Harley-Davidson just revealed it aims to plant 50 million trees by 2025). Tory also wants to expand and improve maintenance of city parks, increase the number of green spaces, and revive the city’s 44,000-acre system of ravines – what he has referred to as hidden “crown jewels.” All welcome initiatives. 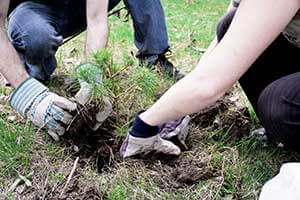 On energy, he has committed to creating a sustainable energy advisory board made up of local green energy, cleantech and sustainability leaders (Hey John, pick me, pick me!). The idea here is to get top advice on how to unlock energy efficiencies and where to embrace renewables as part of a plan to mitigate the city’s climate impacts. Toward that end, according to Tory’s environment policy, he would “work with other levels of government, partners and other jurisdictions on tackling climate change and its effects.”

One idea he has already put forth, long advocated by environmentalists, is the use of underutilized city assets and rights of way as locations for district thermal energy systems – e.g. geothermal, solar thermal or co-generation (biomass, natural gas). These systems could provide shared heating to buildings that are clustered closely together, and when developed across the city they would represent what Tory calls a “smart energy network.” It’s a more efficient way to supply heating, as countries such as Denmark have learned, and it has worked well in nearby communities such as Markham.

Also of particular interest is his plan to appoint an “environment advocate” for the city. This person’s job will be making sure environment policies are consistently applied – and coordinated – across all municipal departments, agencies, boards and commissions. The advocate will also have the task of developing a comprehensive climate adaptation plan for the city and its infrastructure, and a “realistic” and “achievable” plan to reduce greenhouse-gas emissions from municipal assets, improve waste diversion, and lower the amount of toxins released within city boundaries.

Best of all, progress on all of this is supposed to be documented in a “Sustainable City Report” to be released annually. Tory has promised to present this report himself to city stakeholders. It will be important to hold him to it.

It is on transit, however, that Tory has attracted the most attention – partly because there’s a big question mark over how he expects to pay for his plan, named SmartTrack. It targets the creation of a new 53-kilometre, 22-station aboveground subway service, one that would basically piggyback an existing regional rail corridor that is already targeted for electrification. He ambitiously claims he can get this ready within seven years, and that it would make it easier for people living in the suburbs – e.g. Markham, Scarborough, and northwest Etobicoke – to ditch their cars in favour of public transit.

Environmentalists like portions of Tory’s plan, but say it doesn’t go far enough. They preferred candidate Olivia Chow’s plan to significantly expand bus service, which would increase transit options to more areas and do it faster and at less cost. An open question is whether Chow’s approach would have reduced or led to more emissions compared to Tory’s plan, given that most Toronto buses run on diesel fuel. 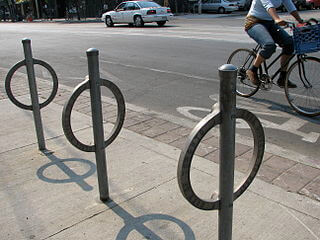 Tory was also criticized by what some described as an unambitious plan to boost cycling infrastructure in the city. He called for more separated on-road bike lanes, more spaces to park bicycles, and more money for maintenance of existing lanes, but he didn’t provide a sense of how much he would expand the network.

Chow, on the other hand, pledged to create more than 200 kilometres of new bicycle lanes, which would roughly triple existing on-road lane infrastructure. True, Tory didn’t put a number on kilometres, but his openness to cycling as part of a strategy to reduce congestion and emissions is still a good sign. He can be pushed on this.

As a city cyclist, my own thought is that downtown Toronto is a chaotic, terrifying place to ride a bicycle. More separated bike lanes would help, but the real problem is rampant, uncoordinated condominium and road construction that gives little, if any, consideration to the impact on cyclists and their safety.

Throughout his campaign, Tory spoke frequently about building intelligence into the way the city operates. He’s a big fan of intelligent building management systems, smart traffic management, and other technologies that collect and make sense of data that can reduce congestion, lower building energy costs and make the city, its residents and its businesses operate more efficiently. “Toronto should be at the forefront of the implementation of these technologies,” stated Tory’s economic plan, in which he outlined his intention to use the “market pull” of the city to turn Toronto into a global research and development hub for “smart city technology.”

One problem, in Tory’s opinion, is that the city hasn’t been taking advantage of the massive amounts of data it currently collects, most of which isn’t available to the public. He has cited that New York City releases 10 times more open data sets to the public compared to Toronto. “We should work to double the available data each year for the next 10 years until we are truly a global leader,” according to his economic plan. 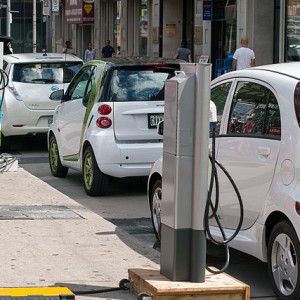 The saying “you can’t improve what you don’t measure” is probably etched in Tory’s mind after his years as president and chief executive of Rogers Cable, where keeping the cable firm’s high-speed Internet service competitive with offerings from Bell Canada meant constant number crunching and analysis in search of efficiencies and a market edge. It’s why Tory plans to push for real-time energy monitoring for all municipal buildings, where he says he will find $22 million in annual savings by his fourth year in office. On top of that, “we will see additional new opportunities for energy retrofits, based on solid, real and measurable data.”

Unfortunately, Tory doesn’t appear ready to support a call for mandatory energy benchmarking of private commercial buildings, despite movement in this direction from city council staff and recommendations from the Toronto Atmospheric Fund. Tory feels private building owners and operators will do this voluntarily if the municipality itself shows leadership on its own buildings. This is highly doubtful. There’s a reason why cities such as New York, Chicago, Seattle, San Francisco and Washington, D.C. all require commercial buildings over a certain size to report their annual energy use, and that’s because most of them – especially the laggards – won’t do it voluntarily.

We’ve had voluntary reporting for a few years in Toronto and it can only go so far. For energy benchmarking to be truly effective as a way to find efficiencies, we need all commercial and public buildings of a certain size playing by the same rules. Here’s hoping Tory has a change of heart on this issue, and supports doing in Toronto what world-class cities south of the border are already doing, with great success.

I know Tory reasonably well. As a technology and telecom reporter at the Toronto Star when Tory was CEO of Rogers Cable, I had many opportunities to chat with him. We kept in touch when he was leader of Ontario’s PC Party and later when he was talk show host for Toronto radio station CFRB 1010. He invited me on his show a few times to talk about energy and technology issues.

From these interactions, I can comfortably say one thing: Tory is not a No Man like Ford. He’s a consensus builder. He has opinions on various energy and environmental matters, but he isn’t dogmatic about it. He doesn’t like to throw money into a burning house. At the same time, he seems to keep an open mind, and is willing to change his position when he hears a sound argument for doing so. He’s a fiscal conservative, but he’s thoughtful enough about matters that he knows that solving social and environmental problems can’t always been done using Bay St. metrics. Sometimes situations call for patient capital. Sometimes payback can take several years. Tory appreciates this – it’s even an approach his former boss Ted Rogers took when building, at huge expense, the country’s first national mobile phone network.

This, in my view, is encouraging.

As one Toronto environmentalist told me, “Overall, this is a very solid opportunity that we should all jump on.”

We’ll learn more over the coming weeks and months. Exactly who he selects as his “environment advocate” will offer key insights, as well as who makes up his sustainable energy advisory board. Tory’s first-annual “Sustainable City Report” will tell us if he’s serious or not, as will his demonstrated willingness to push Toronto Hydro into moving more aggressively on conservation and district energy.

This editor will be watching closely.