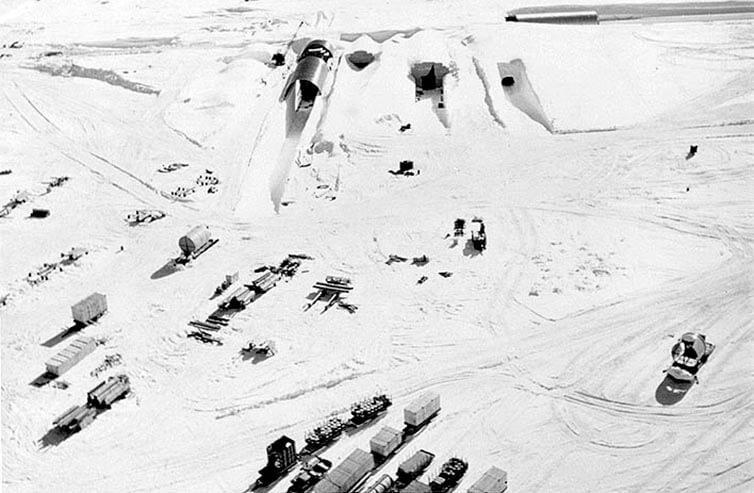 The effects of climate change on an abandoned U.S. nuclear project in Greenland could create not just environmental problems, but also disrupt military politics and spur diplomatic conflicts. My new article in Global Environmental Politics finds that climate change will eventually expose toxic waste, long immobilized by ice, at Camp Century, which the U.S. military left in the 1960s. This situation – which has already spurred the dismissal of Greenland’s foreign minister – could be the canary in the coalmine signaling that climate change will further complicate the already contentious politics of military bases.