By John Lorinc
Posted July 13, 2021
Everything from sewage to cigarette butts can be used for paving – so why isn’t Canada revved about greener roads?

Here’s something to ponder if you’re venturing out on a summer road trip: Is it possible to build greener streets and highways, not in terms of what’s driven on them, but rather the materials used to construct these most ubiquitous forms of transportation infrastructure? As governments look to slash emissions, highways and roads – constructed from carbon-intensive materials like bitumen, aggregate and cement – should become a major target for future reductions.

The Dutch seem to think it’s possible, and their path to a more sustainable form of blacktop runs through the disgusting goop recovered from the settling ponds of sewage treatment plants.

The case for carbon budgets on the road to net-zero

By John Lorinc
Posted May 20, 2021
New IEA report calls for end to all fossil fuel production, a come-to-Jesus moment for Canada’s oil and gas industry 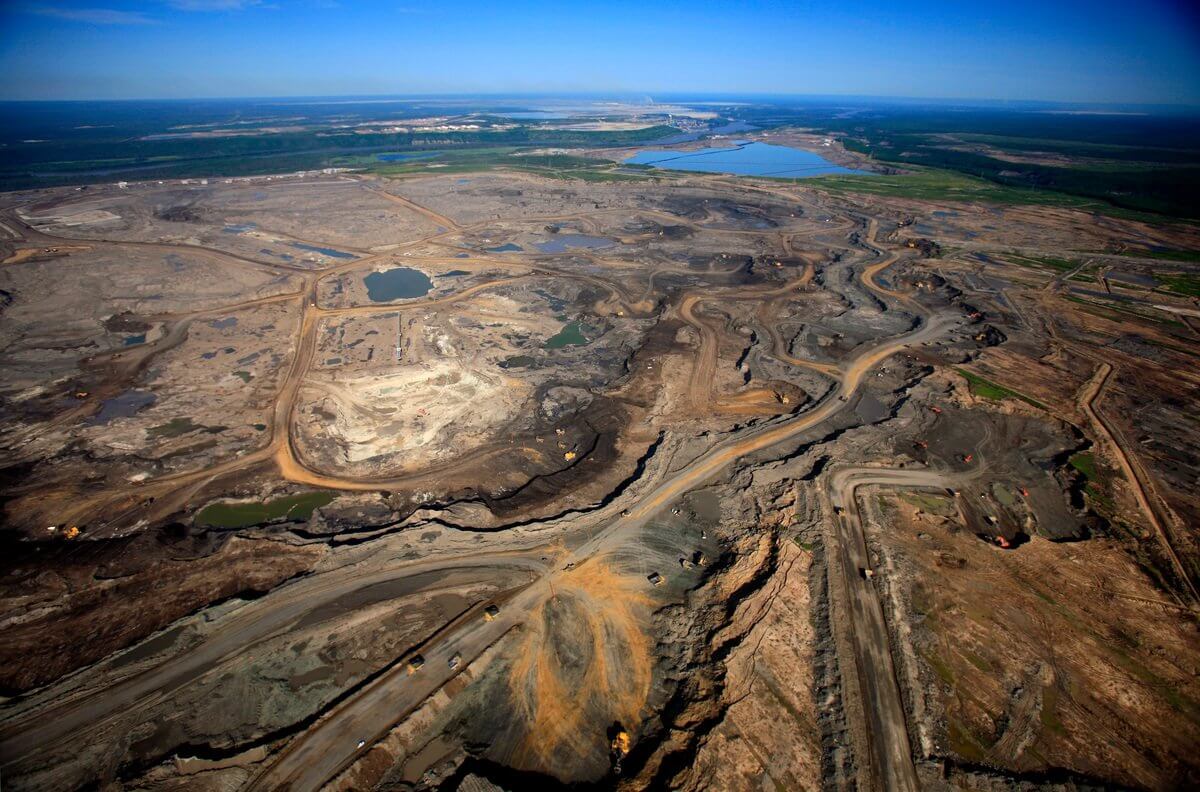 Maybe it’s me, but I’ve long found the standard policy shorthand for carbon reduction to be frustratingly inscrutable when it comes to figuring out just how well or poorly we’re doing relative to our climate change goals.

You know the equation, of course: [Country X]’s target is to reduce emissions to [Y%] below [year-in-the-past] levels by [year in the future].

This formulation dates to the Kyoto Protocol, from the early 1990s, but each iteration confuses a new generation of concerned humans, likely because the goal posts always seem to be shimmying around the field. If we were supposed to get to 20% below 1992 levels, but then the baseline got shifted to 2006 with some smaller reduction target, was there progress or did we all somehow fall for that old statistical trick that involves resizing the units on the y-axis?

They have become perhaps the most emblematic hallmarks of the fast-rising vertical metropolis of the 21st century: soaring towers, both offices and condominiums, draped in sheets of glass of varying hues, their gleaming facades sometimes punctuated by cursory balconies or, in other cases, sheer and implacable.

While the “glass curtain wall” – so-called because it is not load-bearing but rather hangs – is more than a century old, it has become an oft-copied high-rise design feature, as likely to appear on the skyline of Songdo, South Korea, as in Manhattan, Toronto or Vancouver.

By John Lorinc
Posted February 16, 2021
Capturing the billions of dollars of heat that goes down drains globally is one climate fix touted in David Miller’s new book

Indoor air quality, according to Jeffrey Siegel, a University of Toronto professor of civil engineering, has long been regarded as the poor cousin of the sustainable buildings movement. “It has always been this incredibly neglected piece,” he says, pointing to the green-building design world’s laser focus on energy efficiency and the importance of creating more airtight structures.

Siegel’s expertise is in healthy buildings, and he is cross-appointed to U of T’s public health faculty. He points out that ventilation systems, which consume a lot of energy, tend to be neglected, particularly in institutional buildings, like schools.

By John Lorinc
Posted July 2, 2020
Focusing on energy efficiency has blinded us to other unintended consequences of building materials–but a revolution is afoot

About a year ago, Canadian-born architect Kelly Alvarez Doran had an epiphany – or perhaps, more aptly, a wake-up call – about one of the core tenets of energy-efficient construction.

To design new buildings that truly move the needle in terms of reducing heat loss (a chronic problem in Canada’s older buildings in particular), architects have developed exterior walls with as many as 13 layers of insulating material. While these measures drive down energy consumption, carbon emissions and utility bills, they also come with a problematic backstory. After all, most state-of-the-art insulating foams, wraps and panels are made from petrochemicals. “We don’t understand the chemistry of what’s in the walls,” Doran says.

In an urban landscape punctuated by glass condos and gleaming offices, the four city-owned parcels that have bobbed to the surface of Toronto’s anxious conversation about housing affordability are nothing to look at . . . for now. They are mainly parking lots with a few desultory municipal buildings, located within steps of suburban or downtown transit stops – all choice examples of “lazy land” in a city struggling mightily with real estate speculation and crushingly low apartment vacancy rates.

Sealing the deal: The case for cladding leaky old highrises

When Toronto council recently upgraded its climate change plan, one of its 2050 goals was cutting emissions by 40% for every building. With more modern structures, those reductions may be relatively straightforward to find. But for older brick homes and Toronto’s far-flung portfolio of 1960s-vintage high-rise apartments, owners and landlords will have to be far more aggressive in their planning for retrofits; merely installing efficient furnaces, solar panels and LED lights won’t cut it.

A critically important part of the solution lies in the so-called building envelope – the assemblage of brickwork, siding, windows, and balcony slabs that comprise what architects describe as the “skin” of a structure. Find a way to plug all the leaks – all the little nooks and crannies where draughts lead to over-use of heating or air-conditioning systems – and the fossil fuel reductions will follow.

Architects and contractors working in the far north, where the building season is short and the risk of water damage to building materials is high, have talked for some time about the transformative promise of modular construction.

Instead of slow on-site assembly, components like wall panels can be pre-fabricated in climate-controlled plants, then shipped and assembled quickly to prevent water damage and reduce the risk of thermal gaps.

By John Lorinc
Posted January 6, 2020
From heating offices with sewage energy to fast-tracking timber buildings, axing carbon must be the decade’s top trend

After years of inaction on climate change, the decade ahead has become the bracket in which humanity gets one last opportunity to at least contain the warming crisis. While mitigation efforts targeting transportation, industry and the energy sector remain mired in conflict, the world of buildings – responsible for about 40% of all carbon – offers vast and relatively uncontroversial opportunities to reduce emissions, create new jobs and produce more livable built environments. Here are five solutions that should be on every policy-maker’s radar.