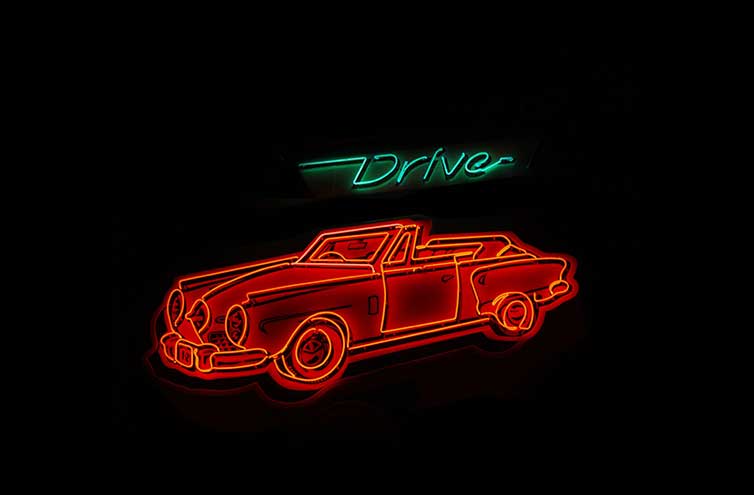 Electric vehicles (EVs) will consign gasoline-burning cars to the transportation scrapyard. That’s the firm consensus among industry experts. But agreement breaks down over when it will happen.

Some numbers suggest we’re hard on the accelerator toward a battery-powered future:

Other figures, though, point to a steep, slow climb:

Forecasting EVs’ future is fraught with uncertainties. Analysts must evaluate potential changes in costs, technology, incentives, fossil-fuel prices and regulations, as well as how all these elements might interact. Given these unknowns, they are navigating partially blindfolded, at best.

Predictions are complicated, too, by the different EV types they assess.

In conventional hybrids (HEVs), the battery doesn’t plug into the electricity grid for a recharge and the electric motor merely assists internal combustion. Plug-in hybrids (PHEVs) have bigger batteries, rechargeable from the grid, that propel the car for most daily commutes; internal combustion fuels longer trips. In battery-electrics (BEVs), only the battery provides fuel.

Most analysts assume manufacturers will produce more HEVs for a few years to assist in complying with current fuel-economy regulations, but that they’ll soon become obsolete. PHEVs, they say, will persist longer as a stopgap until the truly important transformation, the shift to BEVs. Still, most combine PHEVs and BEVs in their forecasts.

British research company IDTechEx is among the bulls, enthusiastically forecasting that cars and light trucks powered only by fossil fuels will be defunct in 2035.

The middle ground includes many, such as the International Energy Agency, who predict EVs will account for 30 to 40 per cent of new-vehicle sales by 2035 to 2050.

At the conservative end, forecasts – often connected with the oil industry – suggest EVs will account for only about 10 per cent of sales by 2035 or 2040.

Perhaps the surest indication of interest in EVs is automakers’ increasing commitment.

In the race that matters most – increasing BEV sales – competitors must catch Tesla and General Motors, whose latest models are considered game changers, offering the first affordable, long-distance battery power.

GM’s Bolt starts at about $35,000 (U.S.), before incentives, and boasts a range of up to 383 kilometres. Tesla, which has poured $5 billion into its Nevada battery gigafactory, promises its Model 3, due by early next year, will offer a 346-kilometre range and start at about $37,000.

Apart from a few luxury models, BEVs are small, and even with extremely generous incentives cost more than equivalent internal-combustion models. And while the Bolt and Model 3 boast twice the range of first-generation BEVs, they still lag internal-combustion vehicles.

But manufacturers are pushing hard, though keeping their plans vague because they rarely discuss future products.

GM’s CEO Mary Barra said at the recent North American International Auto Show in Detroit that the Bolt would be the platform for “a huge range of (electric) vehicles.”

Ford Motor Company is investing $4.5 billion to create 13 new global EVs by 2020; albeit a mix of conventional hybrids, PHEVs and BEVs – at least one of which aims to be a Bolt-beater, with a range up to 480 kilometres.

Mercedes-Benz and BMW say EVs should account for up to 25 per cent of their sales by 2025.

The Volkswagen Group will spend billions to create up to 30 EV models by 2020. Its Audi subsidiary promises a new EV annually, starting next year.

Volvo, owned by China’s Zhejiang Geely Holding Group, promises two BEV models by 2019 as part of a plan to sell at least one million by 2025.

Nissan, which led the way to BEVs with its Leaf, promises a new version in 2018 and has showed a 400-kilometre concept. Honda has unveiled a concept small, boxy, battery-powered utility vehicle, the NeuV.

Hyundai recently introduced its Ioniq line, which includes a PHEV and BEV, and already plans to boost the BEV’s range from about 200 kilometres to 300.

Jaguar’s I-Pace, a luxury SUV due next year, will be the company’s first BEV.

Even Toyota, which although a pioneer in hybrid technology has focused on fuel-cell development, and Mazda, which once declared itself too small to get involved, are designing BEVs.

In Europe, the head of Opel is mulling making the brand all-electric after its previous owner, General Motors, agreed to sell the company to France’s PSA Group in March.

And from outside the auto industry, Apple and Google are reported to be developing BEVs.

These plans would lead to EVs having a small but decent market share by the mid-2020s. Beyond that, though, can dramatic price and performance gains make them mainstream?

Signals are mixed. Research around the world, combined with mass production and economies of scale, has slashed the cost of lithium-ion battery packs from more than $1,000 (U.S.) per kilowatt/hour in 2010 to around $250.

Most analysts say $100 per kilowatt/hour would vault EVs to about 15 per cent of new sales. At the current rate of cost decline, battery makers would hit that number in a couple of years. But the rate is slowing as researchers struggle with new chemistries and designs that seem to generate as many problems as they solve. Thus, a U.S. Environmental Protection Agency analysis predicts a price of about $140 by 2025.

At the same time, battery performance has soared. Energy density – the amount of energy stored in a certain weight of fuel – has climbed four-fold since 2010.

There’s still far to go. A typical lithium-ion pack is remains just one per cent as energy-dense as gasoline, and a recent report from the Argonne National Laboratory, near Chicago, forecasts battery packs won’t match gasoline until 2045.

But here, too, complexity makes forecasts tough. Batteries don’t need to equal gasoline’s energy density to be as efficient and effective. Losses in the engine and powertrain mean internal-combustion engines convert no more than 40 per cent of their fuel energy to driving power. Batteries and electric motors are at least 90 per cent efficient. On the other hand, batteries’ immense weight eliminates much of their efficiency advantage.

Incentives must be very generous. Even Ontario’s subsidy – among the world’s richest – hasn’t pushed EV sales above one per cent in the province.

These measures, which essentially equalize the price of similar EVs and internal-combustion vehicles, have helped EVs achieve their 23 per cent market share. But total BEV and PHEV sales have plateaued and BEV sales are down nearly 40 per cent this year. Norwegians are opting instead for plug-in hybrids, particularly the Mitsubishi Outlander, a sizable SUV.

China is providing a good test of incentives. EV sales there have skyrocketed, rising 50 per cent in 2016 with a 58-per-cent gain forecast this year. But those sales are propelled by massive subsidies, which are to be phased out by 2020. Whether market demand sustains the momentum remains to be seen.

Regulations must be stringent. Current fuel-economy standards in North America, Europe, Japan and China force manufacturers to produce more efficient vehicles. But real change demands laws like California’s that require automakers to sell a certain percentage of zero-emission vehicles if they want to do business in the state. Nine other U.S. states have adopted California’s regulations, and manufacturers have built vehicles to comply. Most early BEVs were created as “compliance cars,” available only in the zero-emission states and just in large enough numbers to meet the standard. Even with that push, though, and the biggest U.S. incentives, EV sales capture only three per cent of California’s market.

Quebec has a similar rule. Next year, 3.5 per cent of a manufacturer’s sales there must be EVs, including hybrids. That number gradually rises to 15.5 per cent in 2025 – a big jump from the current 0.5-per-cent share.

Technology advancements are key, but uncertain. The optimistic forecasts assume far more efficient battery chemistries will supplant lithium-ion. But no one yet knows what those might be, or when. It’s simply an article of faith.

Again, the direction is clear; the speed uncertain.