American apparel and footwear company VF became the latest corporation to overhaul its sourcing policy targeting deforestation and human rights violations in the supply chain. The North Carolina-based firm, which owns more than 30 brands including Timberland and The North Face, unveiled its inaugural Forest Derived Materials Policy in late February. It instructs suppliers to prioritize the use of recycled materials whenever possible, as well as FSC-certified paper and fibre when using virgin materials. The company has also signed on to the Canopy Style initiative, an effort by environmental NGO Canopy to phase out the use of ancient and endangered forests to produce forest-derived fabrics like rayon in the textile industry by the end of 2017. 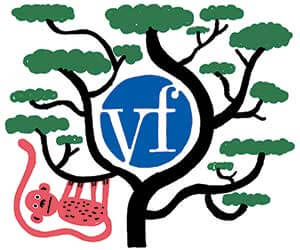 “Deforestation and forest degradation continues to be a global issue affecting climate change and human rights,” Letitia Webster, VF’s VP of global corporate sustainability, said in a statement. “This policy provides clear guidance across our many purchasing categories and it enables us to play our part in protecting the world’s forests.”

Rayon, an inexpensive alternative to silk, is a synthetic cellulose fibre prized by apparel companies for its flexibility. It is derived from a chemical process using tree pulp, which a groundbreaking investigation by Canopy five years ago concluded wastes up to 65 per cent of the tree. Demand for the product has spiked in recent years as performance wear has grown in popularity. This has placed greater pressure to clear forests in Indonesia and the Amazon basin to set up plantations of various pulpwood species such as Acacia. Canada’s boreal forest is another top source for pulpwood.

Canopy hailed VF’s policy announcement as a step in the right direction, bringing dozens of well-known consumer brands into the Canopy Style initiative that already lists over 65 new brands and producers as members. “When an apparel giant like VF expands its forest commitment with a policy like this, it adds incredible momentum to global forest conservation and climate efforts,” said Nicole Rycroft, executive director of Canopy. “From hang tags, to packaging to fabrics, some of America’s favourite global brands are protecting the world’s forests and the species that call them home.”

Princess Cruises will pay a $40 million fine for deliberate vessel pollution and subsequent cover-up after the settlement was approved by a U.S. district court in April. It represents one of largest penalties ever levelled against the cruise ship industry.

A subsidiary of Miami-based industry leader Carnival Corporation, Princess Cruises pleaded guilty to seven felony charges for illegally dumping oiled waste into the ocean that had not been properly treated. This practice occurred for at least eight years aboard the Caribbean Princess, and included the use of what investigators described as a “magic pipe” to circumvent environmental monitoring equipment. 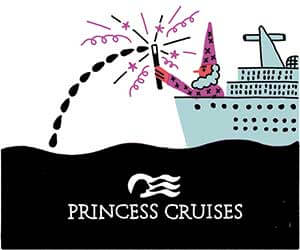 Authorities were alerted after newly-hired Scottish engineer-turned-whistleblower Christopher Keays observed untreated wastewater being discharged off of British waters in 2013. According to court documents, Keays went on to document the practice through photos and video secretly taken on his cellphone. He was awarded a $1 million reward as part of the settlement.

After Keays reported the environmental violations to British authorities, the ship’s senior engineers tried to hide the evidence and convince junior staff to lie about the incident. The U.S. Coast Guard was tipped off by its British counterparts and examined the vessel upon its arrival in New York, launching a broader inquiry into the company’s compliance culture.

Investigators with the Department of Justice eventually concluded that similar practices were used on at least four other ships operated by Princess Cruises, including the emptying of greywater tanks directly into the ocean after reaching storage capacity. All greywater is supposed to be collected and offloaded for treatment after reaching port.

The court order also mandates a five-year environmental compliance regime for the Princess Cruises fleet and related Carnival-owned cruise lines operating in U.S. This will be overseen by a court-appointed monitor and include independent audits conducted by a third party.

Editor’s note: A seat at the table