Can you say “stranded assets”? Industry can justify these investments only if producers promote ever-greater plastics consumption, especially in the developing world. Indeed, The New York Times reported last fall that Big Oil was lobbying U.S. trade negotiators to help them “flood Africa with plastic.”

Shareholder advocacy group As You Sow, based in Berkeley, California, is pushing back with a 50-page research report that says growth-hungry fossil-fuel companies are downplaying their investment risks. The report – Plastics: The Last Straw for Big Oil? – warns that “oil companies describe this growth as aligned with society’s goals to responsibly decarbonize. Yet, in a world that is awash with plastic production and waste, facing a continued climate crisis, and seeking environmental justice and equity, the proposed expansion of plastic production raises red flags for investors and requires enhanced scrutiny.”

The report offers 10 issues for investors to ponder. Here are five of them:

1. As growing ESG (environmental, social and governance) concerns push the world toward a net-zero, circular economy, more than US$400-billion worth of proposed global investment in plastic production, in total, risks being stranded.

2. With half the polyethylene produced in the U.S. already being exported, the industry’s growth assumptions rely on high plastic consumption in the “global South.”

3. The world mismanages about 41% of its plastic waste. Momentum is growing to reduce plastic consumption and shift to a circular economy – which would reduce feedstock demand.

4. With industry promoting more efficient plastics-recycling technologies, the report accuses producers of placing “responsibility and great costs on consumers, governments, or others at the end of the supply chain,” rather than assuming responsibility themselves. “There is no silver bullet solution to plastic pollution, and absolute reduction of plastic production is key.”

5. The industry’s carbon footprint will become a major concern. “Fossil-based plastics and other petrochemicals have a significant climate footprint,” the report says. It warns that the plastic life cycle alone could consume 19% of the world’s remaining carbon budget by 2040 if business continues “as usual.”

On top of that, more community and consumer groups are recognizing the local health risks of plastics production – which tend to impact lower-income communities. As You Sow says grassroots opposition is eroding the industry’s “social license to operate.” It urges investors to tighten the screws by asking producers tough questions, such as “Does your company have protocols and strategies that mitigate against the human-health risks associated with petrochemical emissions?” and “Does the company provide air-quality monitoring at the fenceline, and make this data publicly available?”

In May, a plastic waste makers index released by Australia’s Minderoo Foundation revealed that 20 petrochemical companies generate 55% of world’s single-use plastic waste. ExxonMobil and Dow were the top two generators globally. The report also found that twenty institutional asset managers – led by US companies Vanguard Group, BlackRock and Capital Group – “hold over US$300 billion worth of shares in the parent companies of these polymer producers, of which an estimated US$10 billion comes from the production of virgin polymers for single-use plastics.”

Further findings: “twenty of the world’s largest banks, including Barclays, HSBC and Bank of America, are estimated to have lent almost US$30 billion for the production of these polymers since 2011.” Out of 100 banks, Canada’s Scotiabank was in 29th place, followed by RBC (41), TD (43) and BMO Financial Group (61). 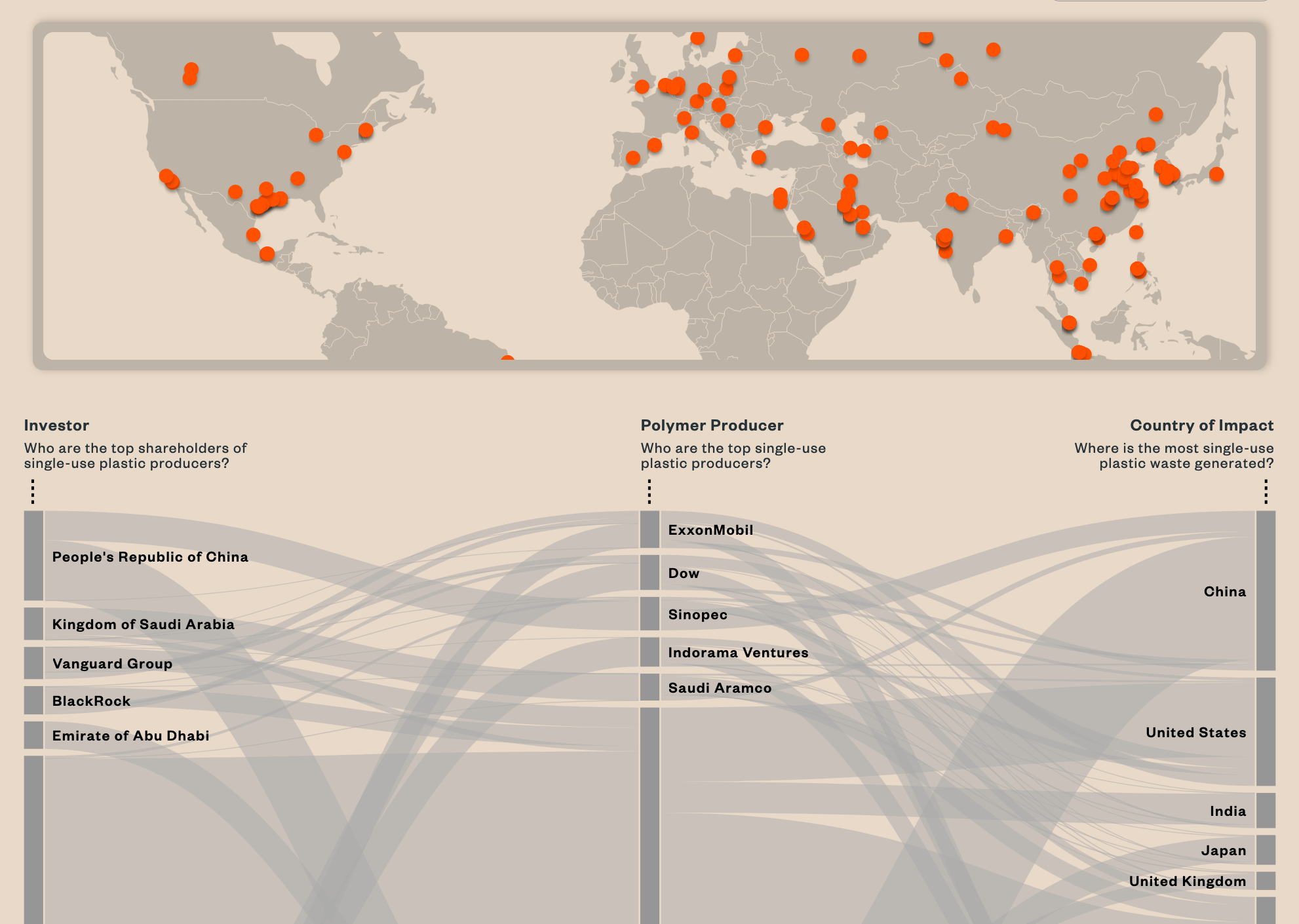 “Polymer producers represent an extraordinary leverage opportunity in the fight against plastic pollution, as the “gatekeepers” of plastic production – particularly because they are relatively few in number,” notes the report. “As policymakers and investors recognize this fact, the disruptions and risks facing these companies will only grow.”

Speaking of policymakers, in May Canada officially designated plastics as toxic under our primary environmental law – the Canadian Environmental Protection Act. The move lays the groundwork for the government to regulate plastics and move ahead with its proposed ban on single-use plastics.

Said the David Suzuki Foundation’s Lisa Gue, “The Canadian government must do its part and stand up to companies that profit from pumping plastics into our environment. The clock is ticking.”

May was a rough month for oil companies. It started when the agency that was created

As the world’s fifth largest climate-polluting sector, healthcare can lead us on a planet-saving mission