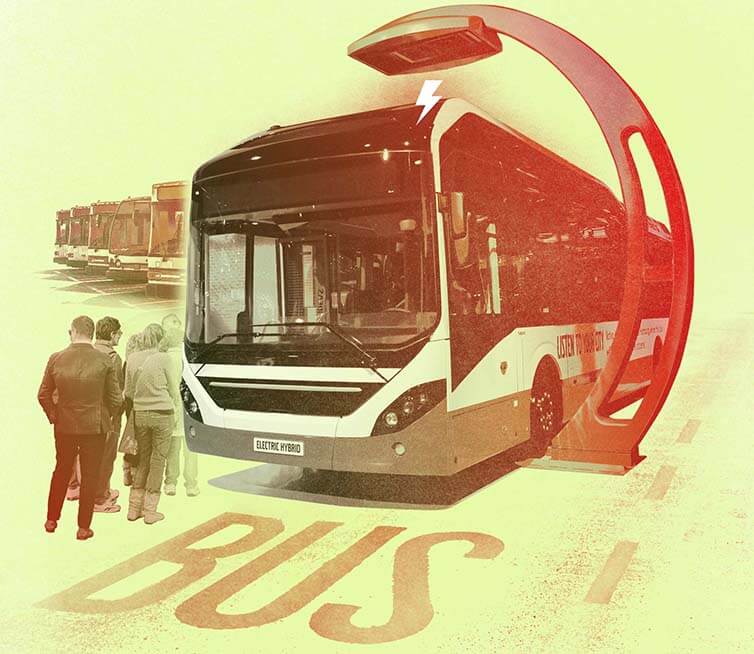 Early in the fall of 2017, a dozen municipalities from around the world resoundingly signalled that the long-awaited electric bus revolution had finally pulled out of the station. The cities, whose ranks include London, Paris and Vancouver, released a declaration during a C40 Cities summit that after 2025, they’d only purchase zero-emission vehicles, including city buses.

Los Angeles County, one of the signatories, ordered 95 e-buses in the summer of 2017 for Metro, the region’s transit authority, while other cities will also move sooner, says Caroline Watson, the low-emission vehicle network manager for C40 Cities.

The C40’s aspirational declaration has challenged other regions to follow suit; Quebec, for example, has mandated municipal agencies to buy only e-buses after 2025, and Edmonton’s transit agency recently launched an ambitious campaign to transform its own fleet by purchasing exclusively e-buses beginning in 2020.

These developments clearly follow significant gains in the existing market for battery-powered e-buses over the past two or three years, all of them driven by better, lighter and longer-lasting batteries. Hundreds now operate in Europe, the U.K. and a handful of North American cities. In China, meanwhile, the e-bus story already looks very different, as tens of thousands are in regular service, most made by BYD, a Chinese firm backed by Warren Buffett that is setting up factories in L.A. and Ontario. The appalling air quality in China’s industrialized regions has driven that market.

Still, outside Asia, only a handful of transit agencies have actually moved from e-bus (or hydrogen fuel cell) pilot projects to full-service vehicles acquired as part of larger procurements.

Interestingly, one of these pioneers is St. Albert, a small town on the outskirts of Edmonton; many of its 65,000 residents commute into the city. Over the past five years, municipal officials there have been actively examining opportunities to green their 60-bus fleet. They studied various battery and recharging technologies, all of them evolving rapidly, and finally acquired the first three BYD vehicles in May 2017, each equipped with 270 kW battery packs.

The City of Edmonton has also begun to transition to e-buses after 2015 pilot with a planned initial purchase of six vehicles. As with nearby St. Albert, officials with the municipal transit agency say their requirements include batteries that can operate at temperatures that dive to -40 C.

In St. Albert, which is already a few years ahead of Edmonton, their e-buses have clocked enough mileage to circumnavigate the globe one and a half times. The electricity required to power these vehicles has cost St. Albert about a fifth of the outlay to operate conventional diesel buses. And while Alberta’s electricity comes mainly from coal-power generating stations, Tom Kumka, St. Albert Transit’s fleet and asset manager, says the carbon emissions created by these e-buses is only about half the amount that comes from burning diesel fuel.

Four more e-buses will enter service in 2018, and the agency is on track to add two dozen over the next decade as older diesel vehicles are put out to pasture. “The technology is here, now,” Kumka says. “It’s pretty exciting.”

Since the 2015 Paris climate accord, governments around the world have redoubled their efforts to improve air quality and reduce carbon emissions. For municipalities, says Pierre Ducharme, a consultant who has assessed e-bus technology for the Canadian Urban Transit Association, the stinky diesel bus represents a potent and highly visible symbol of how they’re approaching these changes.

Yet until very recently, various makes of portable battery packs haven’t had the chops to adequately replace the 40-foot municipal bus, which has long been the dutiful workhorse of urban transportation. 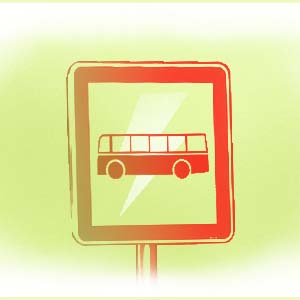 As a kind of technological way station, many transit agencies purchased sizable fleets of hybrid electric vehicles, which offer some efficiency and emission benefits but still rely on diesel fuel. Some, in fact, are still investing in hybrids: the Toronto Transit Commission last fall approved a $230-million outlay on 230 hybrids for its 2,000-bus fleet along with a $50-million plan to buy and test 30 e-buses made by three different suppliers (BYD, as well as Winnipeg-based New Flyer and Proterra, a California greentech company backed by Silicon Valley venture capital).

But Proterra’s chief commercial officer, Matt Horton, says hybrids, by comparison to battery-operated buses, are still high emission vehicles and they require transit agencies to spend operating dollars to maintain two sets of technologies within the same vehicle. A typical hybrid diesel, he adds, gets about five miles per gallon, whereas Proterra’s e-buses manage an equivalent to 26 mpg.

The battery technology is only one element of the transition to e-bus fleets, and arguably the least complex logistically. As important, and as varied, are the recharging systems that allow such vehicles to replenish their batteries. Some buses can be “trickle” charged at bus garages overnight, during off-peak hours, while others are designed to allow for rapid en route refuelling. With the latter, there are several variations: Some situate the contact surface on the bottom of the bus, which means the driver must position the vehicle above a charging point. Others are recharged from above, using so-called pantographs, which are trapezoidal structures that lift off the top of the bus and connect with a charge point.

For large transit systems, these infrastructure elements of e-bus fleets represent substantial outlays and changes in bus garages. Bem Case, the TTC’s head of vehicle programs, says the agency has opted to go with overnight recharging because of the cost and complexity of building recharging stations on a bus route network almost 7,000 km long. Toronto Hydro, the local utility, is assessing how much additional power is required for larger numbers of charging stations in the agency’s seven bus garages. The process could entail building new sub-stations and back-up generators, Case says. Toronto Hydro hasn’t yet released a cost estimate.

Besides these details, e-buses are just very different vehicles, with new or substantially altered internal systems. Transit officials point out that their maintenance crews need to be trained on how to service them, although those tasks will likely be easier. E-buses have 30 per cent fewer moving parts, Case notes, and thus are less susceptible to the sort of wear-and-tear that requires most transit agencies to undertake complete combustion engine and drive-train rebuilds after a conventional bus has clocked about 10 years of service. Edmonton officials predict a 35 per cent savings on operating and maintenance costs, as well as a boost from federal transit funding for green technology.

The question, ultimately, is at what point does the all-in lifecycle cost, plus the broader environmental and air quality benefits, make the e-bus a more financially viable investment for transit agencies that tend to operate at a loss. A definitive answer is still elusive because harsh winter weather, as well as briny slush, does take a toll on vehicles. But it’s clear that e-buses have clear advantages that will become more pronounced as battery efficiency improves. Most have specialized braking systems that recover energy when the bus is slowed. And because they don’t need to lug around a heavy internal combustion engine and a tank full of gas, e-buses are lighter and thus more energy efficient.

The huge Chinese market is also playing an important role, as the giant orders create economies of scale on key e-bus components that benefit transit agencies around the world. “What they’re doing in China is fantastic,” says the C40’s Watson.

Proterra’s Horton says the spin-off benefit for e-bus firms outside China is that the mass production of the core components of batteries has had an significant impact because production costs have fallen sharply. “We’ve been able to take advantage of very low battery module commodity prices,” he says.

The latest evaluations bear out how much the price story has changed in just a few years. According to a new study from the International Council on Clean Transportation, the long-term financial and environmental benefits now exceed the higher upfront capital outlay for these vehicles.

As Watson observes, “The total cost of ownership shows that electric buses come out very well.”