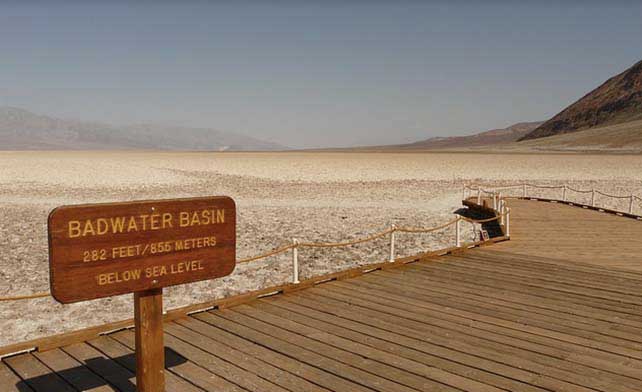 Four years ago, having just published a book of non-fiction, I was drawn to the idea of experimenting with fiction writing. Specifically, I wanted to write a dystopian novel that was a cross between Logan’s Run and Blade Runner.

Climate change and the eventual draconian measures to keep it under control – declining country-assigned population caps, for one – would drive the narrative through characters who, in an increasingly carbon-constrained world, suddenly and unexpectedly found themselves among society’s most vulnerable.

Why venture into fiction? It seemed to me like a better way to educate people about an otherwise complex – and I expect for most – boring topic. I tried to do this in my book Mad Like Tesla. The idea there was to lure people into learning about alternative energy technologies and climate challenges by telling the stories of real-world inventors and entrepreneurs doing some pretty inspiring, and arguably wacky, work.

The book did okay, at least by Canadian standards, selling about 5,000 copies. A far cry from the 600,000 sold as part of Margaret Atwood’s Maddaddam Trilogy, or for that matter the 30 million copies of Hunger Games – both books set in a world disrupted and devastated by climate change.

Despite being popular with Tesla and energy nerds like myself, the problem with my book is that it preached largely to the converted. The challenge, and this is where I think good fiction becomes important, is to reach the people not already singing in the choir. That means telling a compelling story. It is through protagonist and antagonist, action, love, suspense, treachery and dare say a dose of hope that historical and scientific facts about climate change, and an informed perspective about its impacts on our future, become more accessible – and palatable – for the masses.

I’m not alone in this thinking. Bernie Bulkin, former chief scientist at oil giant BP, wrote a commentary for Huffington Post in 2013 that spoke to the growing importance of what has come to be known as “cli-fi” – or climate fiction.

“It has seemed to me lately that cli-fi has to be one part of the answer to the problem many of us are trying to solve: How do we engage people more broadly and more deeply on climate change?” he wrote.

The word cli-fi, as far as we know, has been around since climate blogger Dan Bloom coined it. It started to gain traction, however, after writer Scott Thill, reporting for Wired magazine, included it as a keyword in a movie review of The Age of Stupid, a pseudo documentary about of a climate-ravaged world in 2055 and the missteps of humanity that led to it.

Since then, it seems the presence of the cli-fi genre in popular culture has grown, perhaps alongside our collective angst as the real impacts of climate change and the challenges of managing it become clearer. It’s not that eco-apocalypse theme novels are new, but it’s clear those anchored specifically around climate change have been on the rise in recent years.

So much so that B.C.’s Moon Willow Press launched a website in August 2013 called Clifibooks.com (since renamed Eco-fiction.com), which reviews cli-fi novels and maintains a database of such books. Many of those books are aimed at young adults – apropos for our just released youth-themed issue of Corporate Knights. These include Not a Drop to Drink by Mindy McGinnis, Floodland by Marcus Sedgewick and Saci Lloyd’s The Carbon Diaries 2015.

And let’s not forget self-publishing, yet another cultural barometer of the public’s climate angst. Diana Rissetto, a New York-based publicity agent for self-published authors, approached me last November about Declan Milling’s Carbon Black, a cli-fi thriller we review in the most recent issue and which you can find here.

At the time, I asked Rissetto if she’d seen a rise in the number of self-published cli-fi books crossing her desk. “Actually, yes!” she replied, as if surprised by her own answer. “We’ve had three in just the past few months.” Prior to that, she hadn’t seen any.

Film, of course, is also playing a big role. Again, we’ve seen movies in the past that can be interpreted as cli-fi, even though they don’t mention the words climate change. George Miller’s 1979 classic Mad Max and its superior sequel, Road Warrior, are among my favorites. Another (lower quality) example is the 1995 film Waterworld, starring Kevin Costner trying to survive in a world flooded by melting ice caps.

But as a dystopian theme, climate catastrophe seems to be a more popular backdrop these days. The South Korean film Snowpiercer, the blockbuster Interstellar by Christopher Nolan, and Young Ones starring Michael Shannon are recent examples.

To what degree are cli-fi books and movies impacting today’s youth? It’s difficult to say, as one could just as easily ask how much youth are impacting growth of the cli-fi genre.

What’s clear is that today’s teenagers and young adults, as digitally connected as they are, know more than any other generation that the fiction they see in popular culture could well be the reality they inherit. One thing I learned while producing the most recent issue of Corporate Knights is that Millennials are not ducking the challenge.

If there’s going to be a sequel to any cli-fi book or movie, they’re going to create it.

Hopefully, there will be no capping and culling involved.