The 2015 World Happiness Report was published in late April and tiny Switzerland took the crown for being the happiest country on the planet. It was followed closely by Iceland, Denmark, Norway and Canada, in that order. 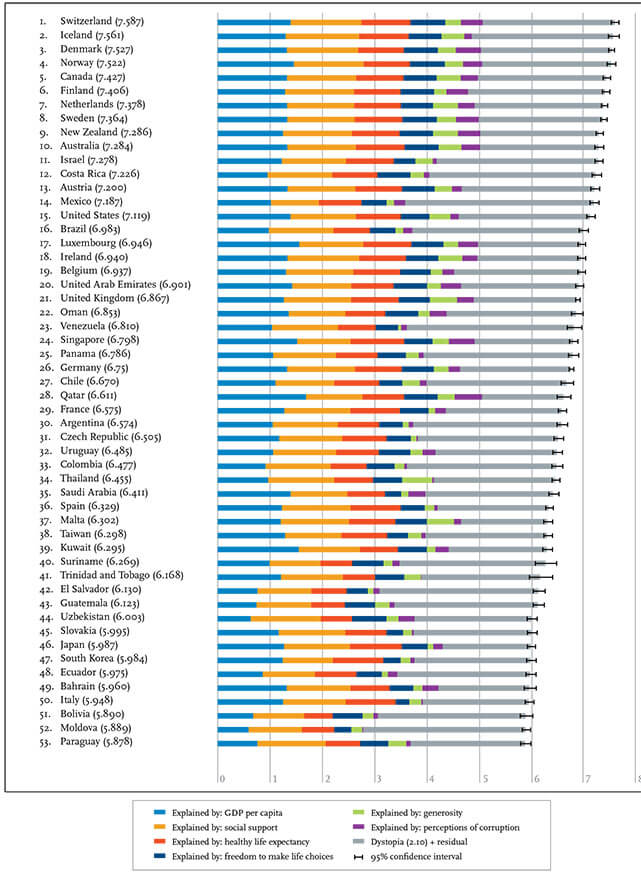 The grumpiest or saddest country goes to the small West African country Togo.

The results of this report vary significantly with the Happy Planet Index, which when last released in 2012 determined that Costa Rica was the happiest country, followed by Vietnam. The World Happiness report, on the other hand, ranks Costa Rica 12th and Vietnam 75th.

The authors of the report, which uses subjective wellbeing data, argue that their findings are a better reflection of how citizens truly feel. “We attach fundamental importance to the evaluations that people make of their own lives. This gives them a reality and power that no expert-constructed index could ever have.”

In addition to using citizen polling data, the report also takes into account GDP per capita, healthy life expectancy, social support, freedom, generosity, and the absence of corruption in a country.

Strangely, three of the Top 5 happiest countries – Switzerland, Iceland and Norway – also have the most psychiatrists per 100,000 people, according to OECD data that ranks member countries.

High demand for shrinks would suggest unhappy populations. Then again, maybe they’re the happiest of the happy because of the psychological support they receive?

In the case of Switzerland, chocolate might also have something to do with it.

Every crisis, it is said, also provides us with an opportunity. Government responses to the economic