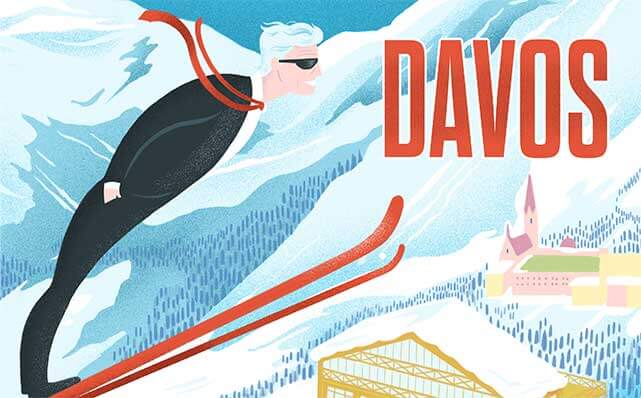 The change in corporate leadership between the Copenhagen (2009) and Paris (2015) climate change conferences couldn’t have been more clear cut.

While the private sector took a back seat in Copenhagen, it was front and centre in the lead-up to Paris. Close to a hundred Fortune 500 companies joined the White House-led American Business Act on Climate Pledge, while six of the largest banks in the U.S. issued a call for leadership and cooperation among governments to ensure a strong global climate agreement was reached. Fourteen major food and beverage company CEOs soon issued a joint letter calling for similar action.

Earlier in the year, Europe’s top oil and gas companies had urged governments around the world to introduce some form of carbon pricing. Last September, nearly 350 global institutional investors representing over $24 trillion (U.S.) in assets also demanded that governments adopt carbon pricing and push towards an ambitious global climate deal.

Climate laggards are certainly still easy to come by in the corporate world, but a UN Global Compact-Accenture CEO study commissioned in the run-up to COP21 demonstrates how far the goalposts have moved since 2009. Ninety-one per cent of the 750 business leaders from UN Global Compact participant companies polled agreed that they thought climate was a key issue for their future success, while only 33 per cent thought business was doing enough (see here for an expanded look at what companies are doing to adapt to a 2 C world).

Companies increasingly understand that prioritizing sustainability reduces uncertainty and increases competitiveness on a range of issues that go beyond the clear threat of resource scarcity. The range of social, environmental and governance indicators analyzed in Corporate Knights’ Top 100 Most Sustainable Corporations in the World ranking reflects that.

Issues such as tax avoidance have continued to grow as political hot buttons, with the OECD drafting proposals for dealing with profit shifting and the G20 working together to strengthen enforcement measures. Even noted demagogue and U.S. presidential candidate Donald Trump has seen the political benefit of decrying corporate tax avoidance while on the hustings.

A recent report by the UN Principles for Responsible Investment warned that companies were growing more vulnerable to unexpected increases in tax liability as enforcement action picks up steam.

The companies comprising the 2016 Top 100 Most Sustainable Corporations in the World are those tackling these sustainability problems head on. They are leaders in transparency, in resource productivity and on a range of other social and governance indicators.

Leading the pack is BMW, the German automaker that leapfrogged five competitors this year to take the top spot. Efforts to reduce its carbon footprint, an emphasis on electric vehicles and other governance decisions like linking the salary of its senior executives to their sustainability performance were responsible for its stellar performance (see here for an expanded profile on BMW).

There is some evidence that legislation meant to enhance corporate sustainability performance has had an impact on the results. Two countries that have made significant strides in recent years to improve corporate reporting practices – France and England – feature 18 companies in the Global 100. French lawmakers have instituted stronger sustainability disclosure rates through provisions in the Grenelle II Act and are in the process of finalizing regulations establishing mandatory investor disclosure rules regarding climate risks.

The U.K. government, meanwhile, became the first country to require listed U.K.-incorporated companies to disclose greenhouse gas emissions. Today, fully 100 per cent of companies on the FTSE 100 (a share index of the 100 London Stock Exchange companies with the highest market capitalization) disclose their carbon emissions.

Much of the Global 100 performance data demonstrates continued improvement over 2015 results. Water disclosure rates increased from 95 to 97 per cent, while waste disclosure went up six points to 99 per cent. Eighty-seven companies on the Global 100 have now introduced some form of executive compensation based on sustainability performance, up from 85 last year.

These rosy numbers do not hold true across the spectrum. While the number of female board members did increase from 23.7 to 25.6 per cent, the number of senior female executives remained stagnant at 16.8 per cent. As Susan Goldberg explains here, corporate diversity efforts need to look beyond the boardroom into senior executive positions and beyond.

Research and development funding also dropped as a percentage of revenue to 4.4 per cent from 4.6 per cent, likely a function of the weakening global financial picture. Perhaps most worryingly, the CEO to average worker ratio crept up to 90:1 from 88:1.

Corporate Knights’ methodology has been tweaked over the years, but we are mindful that it remains an imperfect method of measuring corporate sustainability performance. Our emphasis remains on using publicly disclosed, empirical data on a range of indicators that have been linked to sustainability through research and analysis, but we are always looking for ways to improve our rankings going forward.

One interesting option involves a green industry score. For the Decarbonizer tool discussed here, Corporate Knights began to use a screen that rewarded companies that were deriving at least 20 per cent of their revenues from environmental markets or new energy. This will be under consideration as either a screen or an additional indicator in the Global 100 ranking in years to come.