But there is a story here. It’s about Emil Pfeffer, who is, don’t hang up, the Director of the Integrity Unit of the United Nations Global Carbon Market Organization (GCMO), “a supervisory body, it oversees the operation of the carbon market; conducts research and analysis; and makes information available to governments so as to help the market work better.” 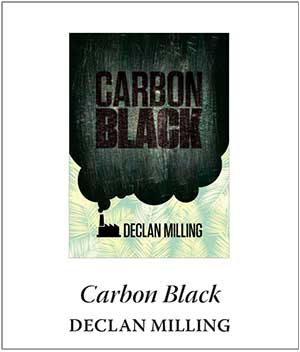 I am on page six when I read this and want to kill my editor. But wait, Emil starts explaining what he does, and I start learning stuff, like what carbon trading actually is, how the system might work, and how it might be monitored. Oh, and why it’s important.

Reality is, when there is a price on carbon, when it is being traded, there is going to be abuse and there is going to be cheating and we are going to need people keeping things honest. And that’s what gets our hero Emil arrested in Port Moseby, Papua New Guinea (PNG), almost blown up in Frankfurt, drugged in Zurich and mugged in Stuttgart, as the forces of evil try to stop him from figuring out what is going on in the so-called carbon sink-protected forests of PNG. It’s exciting.

There’s sex, cannibalism, drugs and a whole lot of money floating around in this little book, but there are also a lot of questions. Have I just got a relatively painless education in how carbon trading works? I certainly know more than I did, but it doesn’t inspire confidence in the concept.

Five years ago many of us would buy carbon offsets, paying to plant trees to compensate for the CO2 produced during our plane flights. I suspect not many of us do anymore, after seeing so many stories about how carbon offsets really don’t work well.

Carbon Black is a novel built around the premise that nations are promising to prevent deforestation through carbon trading, and yet evil and greedy forces are taking the money and destroying the forests anyway.

Notwithstanding the fact that our hero is a UN-appointed bureaucrat with occasionally fancy footwork and sharp elbows, I am not convinced a whole lot of carbon is being sequestered. It doesn’t inspire confidence in the integrity of the system.

The author, Declan Milling, “has over 30 years experience practising as an environmental lawyer” and a background in environmental science. Working in the U.K. now, he is from Australia and knows the territory geographically and technically. He says in an interview with one of his book reviewers that he has “an interest in trying to make the issues and themes of what is an esoteric, and often inaccessible subject matter, more accessible through putting it into a more generally acceptable form, namely the political thriller novel genre.”

Indeed, it is a challenge explaining carbon trading, why there might be organizations like the GCMO regulating it, why activists like the character Dominik are dubious about it, why anarchists might riot over it, how banks and investors – both honest and corrupt – will try to cash in on it, and then turn it into a book that you want to spend a Saturday afternoon reading.

Raymond Chandler and Elmore Leonard don’t have to worry about their place in the pantheon. But they weren’t trying to write a story about something as tedious as carbon trading. Milling succeeds in making it interesting and even exciting; after all it’s not exactly, as Dashiell Hammett wrote of the Maltese Falcon, the stuff that dreams are made of.

At first glance, I was put off by the title of John Taft’s new book, A