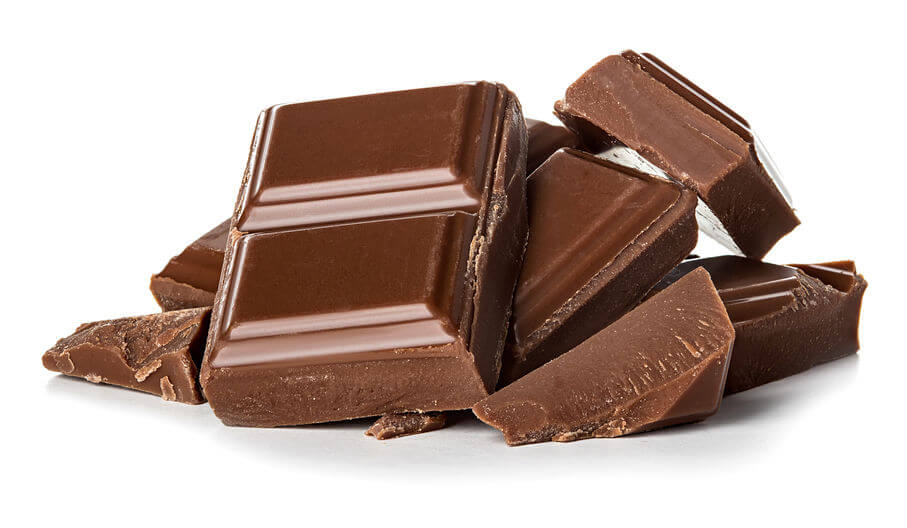 For as long as there’s been chocolate bars, the cocoa supply chain has been rife with illegal deforestation, human rights violations and child labour. Just last month, The Washington Post reported that two decades after candy makers like Mars, Nestlé and Hershey pledged to stop using cocoa harvested by children, it’s still likely that a chocolate bar purchased in the United States was the product of child labour.

Major cocoa companies use a few different methods to find out how the beans they put on store shelves were grown, picked, traded and processed. Audits and monitoring are one approach. Certification is another. Still another is legislation.

So far, the system isn’t working.

One reason is size. There are 4 to 6 million smallholder cocoa farms around the world. Three of the largest brands, Mondelez, Mars and Nestlé, have a chain of nearly half a million farms. They usually have a direct relationship with over half of the suppliers that source and sell beans from those farms. This leaves millions of suppliers with whom they have no direct relationship, which is where problems arise. 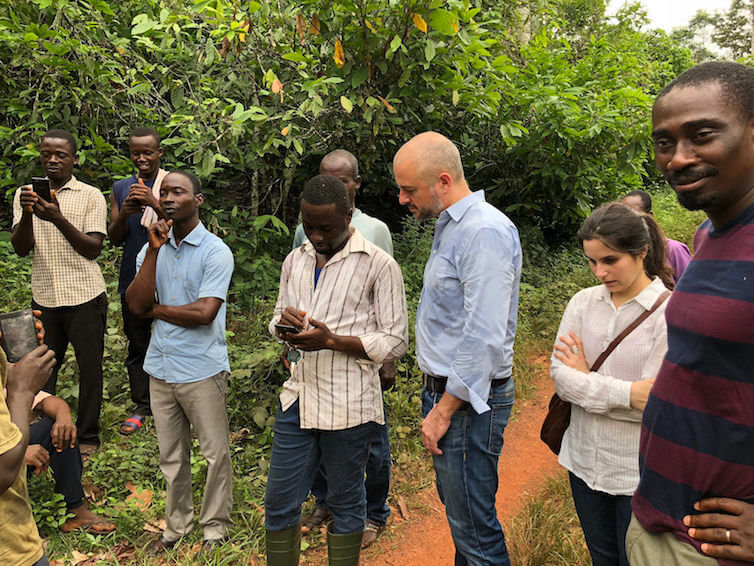 Implementing Sourcemap’s app in the field in Ghana

Another is the paper trail. Low tech commodities like cocoa beans exist in a low tech chain. Transactions are tracked on paper and transported on bicycles and trucks, leaving room for social and environmental corruption that isn’t recorded or subject to regulation. Often there’s no digital tracking or paper trail to verify that payroll was made, or taxes paid, or to ensure that the cocoa being sold by one farm wasn’t smuggled in from another.

Bonanni wanted to build a platform to address these challenges directly. But timing was key. In the last few years, Android phones have become better and cheaper. Mobile phone use in Sub-Saharan Africa is growing faster than in any other part of the world. This laid the groundwork for increased traceability even in parts of the continent where electricity can be sparse, and at the end of last year, Sourcemap launched its Responsible Cocoa Platform.

Today, if a farmer has a smartphone, the platform can trace the cocoa he or she produces down to the size, shape and location of the farm as well as its yields, income and workforce.

Suppliers are registered with an online network (the first of its kind), data is captured and scores on sustainability, social compliance, risk and performance are calculated using web or mobile apps. Everything gets stored in the cloud. 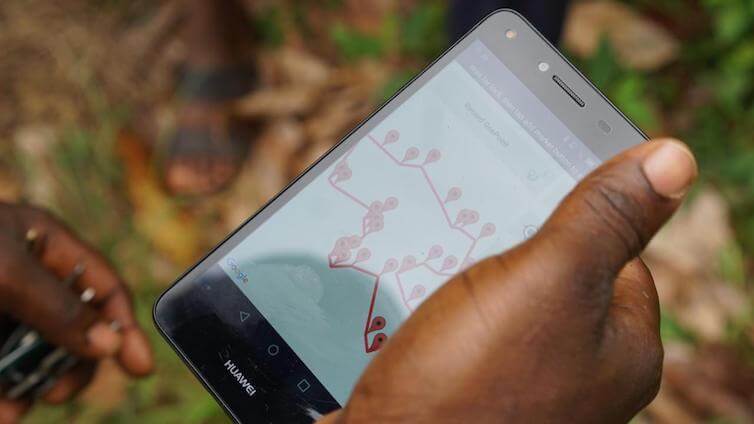 Mapping beans—and communities—can mean addressing the system’s inherent inequality. Knowing whether or not a farmer has enough electricity to turn on the lights, confirming the farm’s proximity to drinking water and useable roads and understanding the availability of health care, schools and access to credit is critical.

“That constellation of support,” says Bonanni, “is what powers a sustainable supply chain.”

Technology has a large role to play: in the search for a solution to cocoa’s ills, political will has often come up short. Agreements meant to reduce child labour, like the Harkin-Engel Protocol from 2001, floundered when the chocolate industry failed to meet its goals. Etelle Higonnet of Mighty Earth, a D.C.-based non-profit that works on environmental protection, says that a recent agreement designed to address deforestation, the World Cocoa Foundation’s Cocoa & Forests Initiative, is important—its 34 company signatories account for 85% of the world’s cocoa use—but still needs to deliver real monitoring and traceability.

While certification accounts for a small portion of the market, approximately 20%, it’s received a large amount of attention. In the last three years, two companies, Cadbury (a subsidiary of Mondelez) and Mars, distanced themselves from the Fairtrade and Rainforest Alliance certification standards they had committed to a decade ago and replaced them with their own programs, a move many consider problematic because of a lack of third-party oversight and international consistency.

While Mars had committed to selling 100% certified sustainable beans by 2020 and 50% of its beans were already certified by 2018, that year the company’s global VP of cocoa told Reuters that “certification isn’t enough.” Said John Ament, “Our belief is that we need to set more demanding standards than certification sets today.”

Ament isn’t alone in his critique of certifications. Mighty Earth’s Higonnet says that certification bodies such as Fairtrade and Rainforest Alliance need to commit to a higher price floor to address extreme poverty and implement more rigorous monitoring and intervention at every stage of production.

All of which makes traceability and transparency pivotal. To Higonnet this means “you know where your cocoa comes from, so you can discover all the problems in the chain, then start fixing them.”

Bonanni agrees. “There’s no excuse for a chain not to be traceable.”

On the platform today, 250,000 cocoa farms are mapped and traceable and thousands are being added each month for clients like Hershey and Mars. Sourcemap is working on a 100% traceable supply chain, including non-certified cocoa, by 2025—the first time non-certified cocoa has been mapped at scale and an important first step.