To improve traffic safety and make streets more welcoming for walking and biking, Portland will lower speed limits on nearly all of its residential streets to 20 miles per hour, in most cases replacing a 25 mph limit.

The change was approved unanimously Wednesday by the Portland City Council. About 70 per cent of the city’s street mileage will have the new 20 mph limit.

By Angie Schmitt
Posted November 24, 2017
American cities are getting smarter about using curb space to prioritize transit, biking and walking.

By Angie Schmitt
Posted August 29, 2017
How Houston’s sprawl makes it harder to cope with storms like Harvey

Hurricane Harvey has dropped more than 20 inches of rain on Houston, and the scenes from the city are devastating. Emergency crews carrying children through waist-deep water out of flooded homes. Nursing home residents waiting in a murky indoor lake to be rescued. 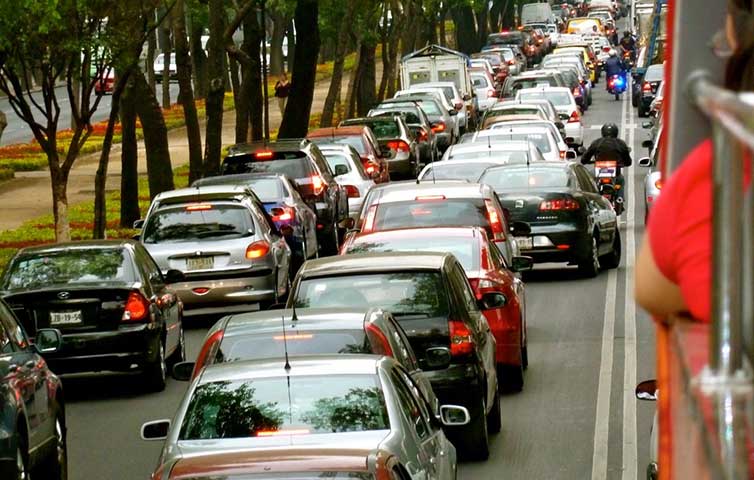 Mexico City Mayor Miguel Mancera is pursuing a sweeping overhaul of the city’s parking policy that’s expected to do away with minimum parking requirements and generate revenue for transit and affordable housing. If enacted, the reforms could set an important precedent for cities in North and South America.

Currently, Mexico City’s building code tips the scales toward driving with strict parking minimums throughout the city for both housing and commercial development, even though cars only account for about 30 percent of all trips. By reforming the parking requirements, Mancera aims to lower construction costs, make housing more affordable, and subsidize transit through a fee on parking that does get built.

Every year, Montreal transforms more of its streets into public spaces where people can rub shoulders with their neighbours without worrying about car traffic. Block by block, experiment by experiment, the city’s pedestrian streets are growing.

In 2017 the city is adding three more street segments to its car-free network, Mayor Denis Coderre recently announced, awarding $1.7 million over three years to pedestrianize them. The streets will receive seating, landscaping, and pavement markings that as public pedestrian space. This allotment follows the addition of five car-free street segments in both 2015 and 2016.

By Angie Schmitt
Posted November 22, 2016
Cycling is getting much safer in American cities that add bike lanes 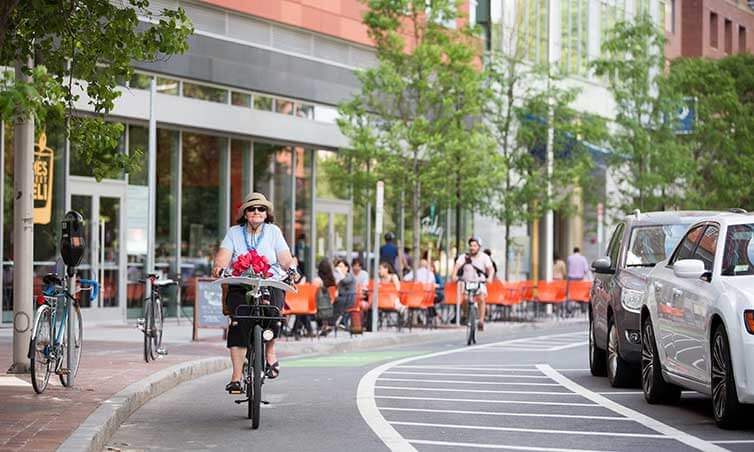 American cities still have a long way to go before they’re considered safe for people of all ages and abilities to bike. But many of them have made a lot of progress recently, especially the ones building protected bike lanes.

That’s the takeaway of a recent data project featured in the American Journal of Public Health that examines crash and injury rates for cyclists in 10 American cities.

By Angie Schmitt
Posted September 6, 2016
Carless renters forced to pay $440 million a year for parking they don’t use

Many residents of American cities can’t escape the high cost of parking, even if they don’t own cars. Thanks to policies like mandatory parking requirements and the practice of “bundling” parking with housing, carless renters pay $440 million each year for parking they don’t use, according to a new study by C.J. Gabbe and Gregory Pierce in the journal Housing Policy Debate.

How is the U.S. doing on traffic safety?

To hear a lot of people tell it, we’re making great strides. President Obama recently referred to the reduction in American traffic deaths as a success story of sorts, contrasting it with the rise in gun deaths.

By Angie Schmitt
Posted May 3, 2016
Cycling booms in London, and the city’s not looking back 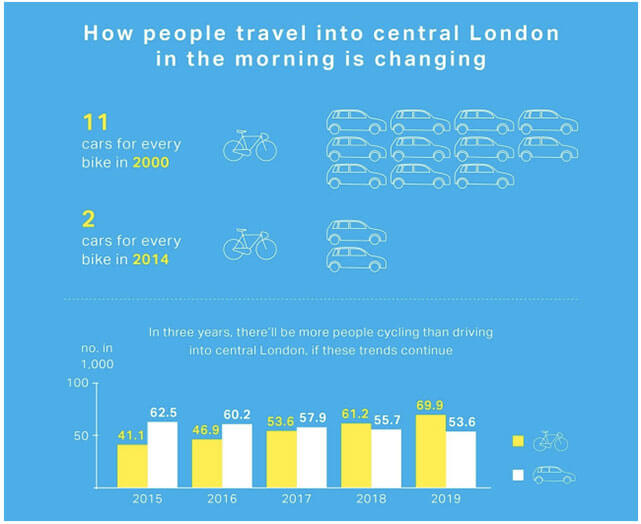 Boris Johnson says that one of his goals as mayor of London was to make cycling “more popular and more normal.” As Johnson’s eight-year tenure winds down, it looks like the progress he made in his second term has accomplished that mission.

The Koch brothers’ war on transit

By Angie Schmitt
Posted December 15, 2014
How many local transit projects are drawing fire from the Koch political network?

This article was originally published by StreetsBlogUSA.

Transit advocates around the country were transfixed by a story in Tennessee this April, when the state chapter of Americans for Prosperity made a bid to pre-emptively kill Nashville bus rapid transit. It was an especially brazen attempt by Charles and David Koch’s political network to strong-arm local transportation policy makers. But it was far from the only time the Kochs and their surrogates have taken aim at transit.